Home / WORLD / Why does every new US president always try to outdo their predecessor in boosting the debt? RT’s Boom Bust explores…

Why does every new US president always try to outdo their predecessor in boosting the debt? RT’s Boom Bust explores… 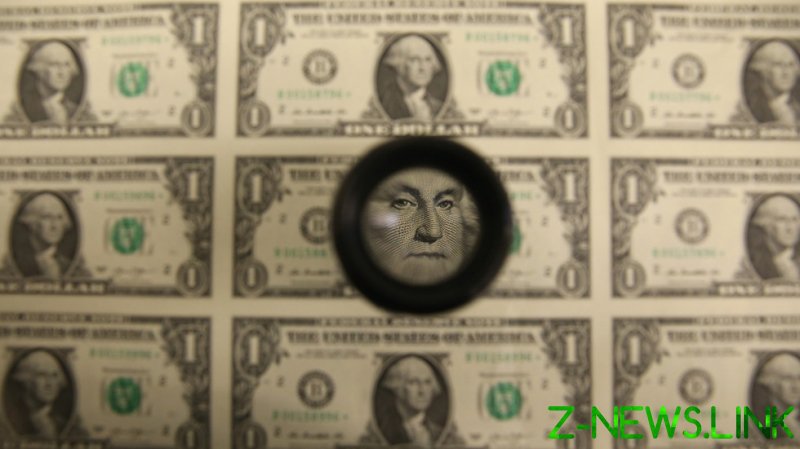 The projected deficit, which is 25 percent larger than expected, doesn’t account for the 1.9 trillion stimulus bill. Larry Summers, a lead player in Democrat financial policies since the 1990s, said the debt levels, coupled with stimulus spending, could cause an overheated economy with severe inflation.

RT’s Boom Bust was joined by Rick Sanchez, host of the News with Rick Sanchez, to debate the deficit issue and try to figure out if a reversal of the long-standing trend is likely to be on the cards in the foreseeable future.

“Unlike some other governments in the world, we here in our great United States of America, are constantly trying to outdo each other,” said the anchor.

Sanchez reminded Boom Bust’s hosts how the 44th US president, Barack Obama, had increased the deficit and the debt, comparing the subsequent coming of Donald Trump to the behavior of a drunken sailor, as he’d been increasing both even further before the Covid-19 crisis hit.

“He [Trump] was making money supercheap to borrow by lowering interest rates,” he said.

“And now [Joe] Biden comes into office and seems to be doing the same thing. If, Heaven forbid, Biden passed away tomorrow, and President Harris took over, she would say, ‘OK, now I need to put my stamp on another 1.9 trillion,’ or whatever the future number might be,” Sanchez added.