Home / WORLD / Why do some American Sinophobes seem to want a US-China war, and are doing their damndest to set one up?

Why do some American Sinophobes seem to want a US-China war, and are doing their damndest to set one up? 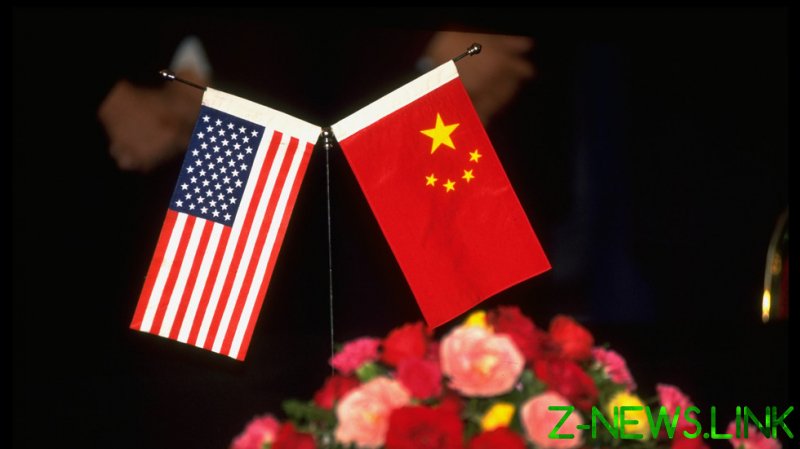 Two hawkish American academics, Michael Beckley and Hal Brands, have been relentless in their anti-China op-eds over the past few weeks. In a number of publications, including Foreign Affairs, Foreign Policy and now The Atlantic, as well as spin-offs on Bloomberg, their pieces all strike a very similar pessimistic tone, that the prospect of a US war with China is becoming more likely as the so-called “strategic window” which Beijing has to establish itself as a global power is closing.

The latest piece argues that in lieu of these goals and a changing geopolitical context, China is a “revisionist state” that is preparing to resort to war in order to seal its territorial claims, dominate East Asia and then move onwards to the world.

Using the historical precedent of how China has utilized force to respond to potential fear of encirclement from foreign powers, including the Korean (1950-53), Indian (1962) and Sino-Vietnamese (1979) wars, the pair argue that Beijing, fearing a new encirclement and on seeing a narrowing window for its goals, may respond forcefully to seal its stakes on Taiwan or islands in the South and East China seas, and that it has less economic incentive for peace than it has had in the past four decades.

Is war really inevitable? Will China be compelled to respond by force in the end? This is a frequent question tossed about in mainstream commentary, and developments such as the AUKUS military alliance are not helping it. However, it should be noted that Beckley and Brands are notorious China pessimists, whose recent works give Gordon Chang, author of the 2001 tome The Coming Collapse of China a run for his money. All three believe that the game is up for the Communist party when it comes to the country’s economy and prospects for productive diplomacy.

Beckley and Brands also seem to have an extremely inflated and un-nuanced caricature of what China’s goals actually are. Bizarrely, they talk about the premise of China utilizing war to avoid encirclement, yet at the end of their article in The Atlantic they recommend more militarization and more encirclement as the apparent answer. They seem to dismiss the reality that China’s militarization of the regions around it is an inevitable and logical response to these encirclement efforts by the West, as opposed to being the one-sided, ambitious efforts of a revisionist state hell-bent on world conquest. Not convinced? Let’s dig a bit deeper.

What is “revisionism” and is China revisionist? A revisionist in international relations is a state that is dissatisfied with the international order, the system of norms, rules and benefits in the world. Unhappy with this particular order, the revisionist state aims to challenge the status quo, often forcefully, to create a “new order” of its own in order to accommodate its interests. Of course, the most famous and archetype “revisionist” states in history are the Axis powers of World War II, Nazi Germany, Fascist Italy and the Empire of Japan. These states all had grievances about the international system dominated by Britain, France and the US, and wanted to overturn it by military force, this being the primary cause of World War II.

The historical precedent of the Axis powers has become problematic in defining what revisionism is and how to understand it, as it leads to an obvious stereotype of a highly aggressive, malevolent state and the binary interpretation of a ‘good-versus-evil’ battle.  So it is no surprise that contemporary China’s goals and ambitions have been frequently framed in this light. The Beckley and Brands article highlights this kind of interpretation, where China is depicted as seeking world domination and building a new international order led by itself.

But the question remains, what does China want? While the People’s Republic of China is built on the principle of “restorative justice,” that is the premise of reclaiming certain “lost lands” taken from it during the “century of humiliation,” this does not constitute revisionism. Xi Jinping has often described China’s goals as “the great rejuvenation of the Chinese nation” but, while this includes goals such as recovering Taiwan, it does not include, as many assume, a desire to overhaul the entire international system and establish China as the world’s primary power.

Instead, it follows the longstanding theme of the PRC, which has been to establish China as a modern, sovereign and capable country which has escaped the shadow of the past injustices placed upon it. This is often framed by its state media as “China wanting to surpass itself,” as opposed to deliberately seeking to displace the US, although we have to accept that this may be an unintended consequence of it.

These goals have been very consistent over many years; it’s not a sudden spree of global expansionism. Articles such as the Beckley’s and Brands’ overlook the fact that what it describes as “the rival democratic Chinese state” in Taiwan, claims more territory from the Republic of China era than what the PRC does itself. The Chinese nationalist state that ran the country until 1949, was also more radical in territorial claims than the Communist one which succeeded it.

Thus, all the PRC’s territorial claims since the day of its proclamation are highly consistent, from Taiwan to the Nine Dash Line and so on. The mainstream narrative would like you to think that Beijing in the past few years just woke up one day and suddenly decided “the South China sea is ours!”, as opposed to being a very consistent stance over decades, based on history.

What is perhaps different today is that China’s capabilities to enforce these claims have become more serious and consequential as the country’s economic and military capabilities have transformed. Nonetheless, this historical element undercuts the idea that China is an aspiring hegemon hell-bent on conquest. Not as much has changed as Western commentators would like to admit. Did these authors forget the Taiwan Strait crisis in the mid-1990s when Jiang Zenmin started testing missiles near Taiwan? Its opposition to “Taiwan independence” is not new in any way. China’s behaviour, its positions and goals in what it interprets as its own path to national survival, date back seven decades.

But what has changed recently? The answer is that, unlike in past decades, the US has pursued an increasing military encirclement of China’s periphery and has forced Beijing to respond in tandem; Xi Jinping’s moves have not emerged out of thin air. Unless China’s rise was completely on terms the US has sought to impose, opposition to it from Washington was always inevitable no matter what it did. It is one thing to claim “China wants to seize the East China sea!”, but another to overlook the fact that Japan deliberately sought to provoke China in the early 2010s by incorporating the Diaoyu/Senkaku Islands as a prefecture, which then-US President Obama announced was covered by the US-Japan defense treaty.

These kinds of provocations are part of a broader effort of China containment, which spawn tensions and inevitable responses from Beijing, which is then accused of being aggressive and expansionist. This all creates a vicious circle of militarization from both sides as China strives to defend its “national sovereignty” against perceived foreign intrusion. Consequently, the narrative of a “more assertive and coercive” China takes Beijing’s actions out of context, and fails to see that a regional competition with the United States becomes a need to attain security, as opposed to a global ‘good vs evil’ battle for hegemony and a lust for power. Brands and Beckley talk about the aspect of encirclement in China’s strategic point of view, yet fail to understand and appreciate what it actually means.

In conclusion, if you don’t want a war with China, stop trying to encircle it militarily. These types of articles that argue that Beijing has a “closing strategic window” to get what it wants and that it “must resort to war” are extremely dangerous because they can become a self-fulfilling prophecy. If you think that your enemy has no other choice but to pursue war against you, what does that make you do? It makes you prepare for one in response and miscalculate that there is no other option. This is precisely what happened in 1914, when Imperial Germany decided to pre-emptively attack France through Belgium because it believed war was inevitable and that the allies would attack them first if they didn’t act.

Wars arise from miscalculations and the principle of the “security dilemma,” where mutual insecurity becomes a self-affirming spiral of mutual distrust and militarization. The US fears China’s rise, which leads to them trying to contain it, which Beijing responds to, setting in motion a tit-for-tat series of responses. These authors are advocating not a solution to the problem but making it worse through framing China as being in peril, with no hope other than to soon make war while it still has the chance.

It underestimates and misjudges how China sees its own national revival in terms of its past, misrepresenting “restorative justice” as expansionism and revisionism in the pursuit of world hegemony. China may disagree with aspects of the current international order led by the US, but so do many other states, and there is no evidence that Beijing is thirsting for global domination, but rather reacting to bullies who seek to dominate “it.”