Home / WORLD / ‘Why bother?’ Pelosi AGAIN says Biden should avoid debates because Trump & ‘his henchmen are a danger’

‘Why bother?’ Pelosi AGAIN says Biden should avoid debates because Trump & ‘his henchmen are a danger’ 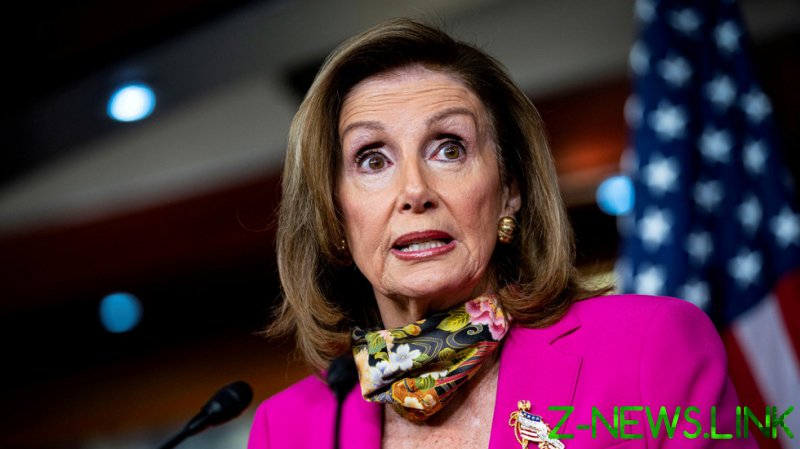 Having previously suggested Biden should forgo any debates with the president, Pelosi was asked on Friday’s ‘CBS This Morning’ whether she still feels the same way.

“I do, not that I don’t think he’ll be excellent,” she said. “I just think that the president has no fidelity to fact or truth, and actually in his comments the last few days, no fidelity to the Constitution.”

She added that “[Trump] and his henchmen are a danger with their comments… to our democracy.”

Confronted by co-host Gayle King about her “henchmen” comment being just as “egregious” as the language she accuses Trump of using, Pelosi became defensive, revealing she cares little about what the president thinks of her, saying “every knock from him is a boost for me” and helps her raise money.

Pelosi previously said in August there should be no debates, though Biden has insisted he will face off against the president. The former VP even raised eyebrows this month after putting a “lid” on press events early in the day, often citing debate preparation as the reason.

The first debate will be held in Cleveland, Ohio on Tuesday, September 29. It will be moderated by Fox News’ Chris Wallace, whom Trump predicted on Thursday will avoid giving his opponent any “tough questions” and will be “controlled by the radical left.”