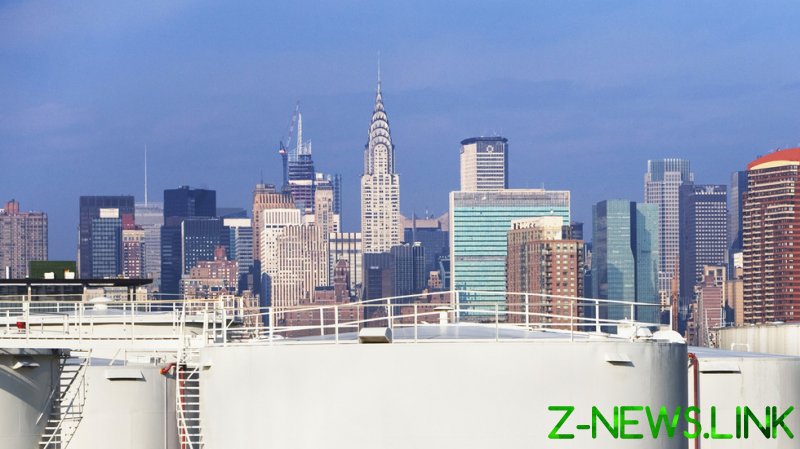 As the Biden Administration considers ways to lower the price of gasoline in the United States, which is now at a seven-year high, it faces calls from Democrats to weigh all possibilities, including the “nuclear option” to reimpose a ban on US crude oil exports.

Analysts and industry professionals don’t see a ban happening, but even the unlikely event of the Administration moving to ban crude exports would not reduce prices at the pump. On the contrary, gasoline prices could rise further, they say.

While President Joe Biden is considering measures to reduce high US energy prices, especially gasoline prices, analysts say that it would be better to leave the market run its course. A crude export ban would upend the global flows of crude, result in much lower US benchmark WTI Crude prices and discourage further the American oil industry from investing in production, while undermining US leadership and leaving an even larger share of global oil supply in the hands of OPEC and its OPEC+ partners, the US oil industry and analysts say.

Oil at $80 and gasoline prices at a seven-year high are an emergency for the approval ratings of a sitting US president.

Yet, high gasoline prices are in no way a market emergency that would need a release from the Strategic Petroleum Reserve (SPR)—a much more likely option—or a crude export ban, analysts say.

Amid the debate on how to influence a global market with a limited arsenal of measures, the US industry has just one message to the Biden Administration: back off with the anti-oil policies and create regulatory certainty that would encourage American oil producers to invest more in providing home-grown energy to cater for most of the nation’s demand in the immediate and medium term.

President Biden is considering an SPR release as a possible move to reduce gasoline prices in the United States, after OPEC+ ignored calls for putting extra barrels on the market, US Energy Secretary Jennifer Granholm said last week.

This week, 11 Democratic Senators sent a letter to President Biden urging the Administration to “consider all tools available at your disposal to lower US gasoline prices. This includes a release from the Strategic Petroleum Reserve and a ban on crude oil exports. We hope you will consider these tools and others to make gasoline more affordable for all Americans.”

Analysts say restricting American exports would not help reduce gasoline prices. On the contrary, prices could rise even more because even if the WTI Crude price crashes, refiners still need heavier foreign oil, which will be more expensive without around 3 million bpd of American exports.

“If you block crude and cause an artificial drop in the WTI price, you probably hurt the driller more than you help the driver,” Kevin Book, managing director of research firm ClearView Energy Partners, told Bloomberg.

The cure for the high gasoline prices is “to get out of the way” of American producers, Ingham told Fox News.

“Since oil is a global commodity, if the US were to stop sharing, and other countries or OPEC did not pump more to fill in the gap, then the price of crude would rise,” Daniel Armbruster, corporate spokesperson and community relations with AAA Texas/New Mexico, told the Midland Reporter-Telegram.

“And since the cost of crude accounts for 50-60 percent of the pump price, we’d simply be raising the cost for US consumers,” Armbruster added.

Uncertainty about the Administration’s oil policies has led to a lack of investment, Mike Sommers, president and CEO of the US American Petroleum Institute (API), told Fox News in an interview this week.

API Chief Economist Dean Foreman said months ago that the Biden Administration’s recent oil policies, including the killing of Keystone XL and considering taxing the industry more, “add uncertainty about whether long-lived investments in fossil fuels will be worthwhile, which is completely the wrong signal for the industry to be able to meet consumer demand in the immediate and near future.”

A crude export ban could backfire and raise gasoline prices, Ben Cahill, a senior fellow with the Energy Security and Climate Change Program at Washington-based Center for Strategic and International Studies (CSIS), wrote in a commentary last week.

Refineries would still have to pay high input prices for crude grades priced off Brent, moving crude or products from the Gulf Coast to the East Coast is constrained by the Jones Act requirements, and a ban would be a political minefield at home too, “with intense backlash in energy-producing states, where producers and coastal refineries want export options,” Cahill says.

“In short, reimposing a crude oil export ban could have disastrous effects,” he notes, adding that “sometimes it is best to let markets run their course.”