Why a nationalists’ alliance in the EU parliament is necessary 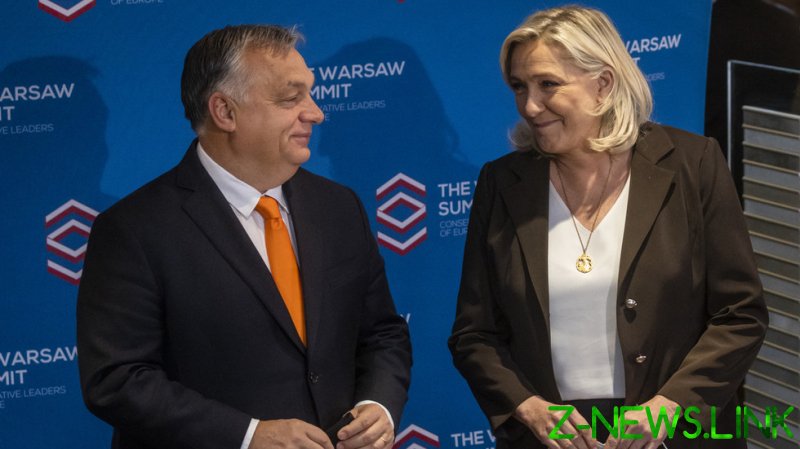 The overall objective of the gathering at the Regent Warsaw Hotel was to form a supergroup in the European Parliament, which would become the second-largest in the EU’s only elected institution. In attendance were the leader of Poland’s Law and Justice party, Jaroslaw Kaczynski, the Hungarian PM Viktor Orban, France’s Marine Le Pen and a plethora of other European nationalist notables.

Before the meeting, hopes were high, with Orban writing on Facebook that the goal was to “change the politics of Brussels.” “We’ve been working for months to create a strong party family,” he said, and “hopefully, we can take a step towards this goal today or tomorrow”.

Although the meeting failed to create a supergroup in the European Parliament, it elicited a commitment for closer cooperation, including the holding of regular meetings and an agreement to vote as a cohesive bloc in the chamber.

A statement of intent was also released, which said the nationalists wanted to “put a stop to the disturbing idea of creating a Europe governed by a self-appointed elite”. They also announced that they would “reject the arbitrary application of [European] union law, [and the] bending or even violating [of] treaties. Only the sovereign institutions of the states have full democratic legitimacy.”

The agreement that there would be greater co-operation in the European Parliament is a major step towards the adoption of a unified approach, and it will prove a headache for the Eurocrats. However, it must be only a stepping stone to the final logical destination, which is a supergroup.

Now, I have some experience of the creation of such a group in the European Parliament. As the then-deputy leader of the UK Independence Party, which had 24 MEPs, I was involved in the negotiations for the formation of the Europe of Freedom and Direct Democracy group in 2014. However, I can tell you it was not an easy undertaking.

Once you get over the obvious language barrier and cultural differences, you then run into demands for position and rank. It’s like wading through treacle. There’s also a fine balance to be struck between national and European priorities, which is entirely understandable. And that’s why the plan for a new supergroup has fallen by the wayside.

One of the most prominent absentees from the Warsaw gathering was Matteo Salvini, the leader of Italy’s Lega Nord (Northern League) party. Salvini is under pressure from another right-wing party, the Brothers of Italy, which would also want to be part of any pan-European supergroup. Salvini therefore said he was withdrawing, because “it’s necessary to wait for the time to be right, so that selfishness and fear at party and national level can be overcome”.

Often, national considerations trump European concerns, and this was something we, too, faced seven years ago. We were under pressure to form a group with Marine Le Pen’s Front National and Lega Nord, but rejected the opportunity on the basis of domestic considerations.

What was considered right-wing politics on the continent was dubbed far-right in the UK media, and, with a general election being held the following year, we knew we couldn’t afford to be tarred with the far-right brush. Thus, we rejected the opportunity to form and lead any group. Some of my colleagues thought we had made a mistake, but those of us who were entirely focused on domestic politics at the time were determined not to give any ammunition to our opponents.

However, 2014 is not 2021, and things have clearly moved on. Today, for a number of reasons, I would argue it makes more sense for these politicians to put aside their domestic concerns.

First, the EU is harassing and persecuting member states on an unequal basis. For example, last week, the European Commission dropped a case against Germany, whose Constitutional Court had challenged the supremacy of EU law. Yet, in the same week, the European Court of Justice’s Advocate General advised that Covid-19 recovery funds could be withheld from Poland and Hungary for also challenging the rule of EU law. While a supergroup in the European Parliament would not be able to entirely prevent such inequality, it would certainly act as an extra layer of protection.

Second, the new German government has made it clear that it intends to push for a fully fledged ‘European federation’. This, of course, would require a further dilution of national sovereignty, which is anathema to the nationalist parties. As the European Parliament is the most federalist of all the EU institutions, and as the German government is also intent on increasing the powers of MEPs, it makes perfect sense to form a supergroup to negate the dangers coming down the road.

Following Saturday’s meeting in Warsaw, Le Pen said the leaders would meet every two months “to continue to move forward on strengthening and creating that big European force”. With the next meeting, in Spain, scheduled for February, I guess it’s a case of ‘watch this space’.