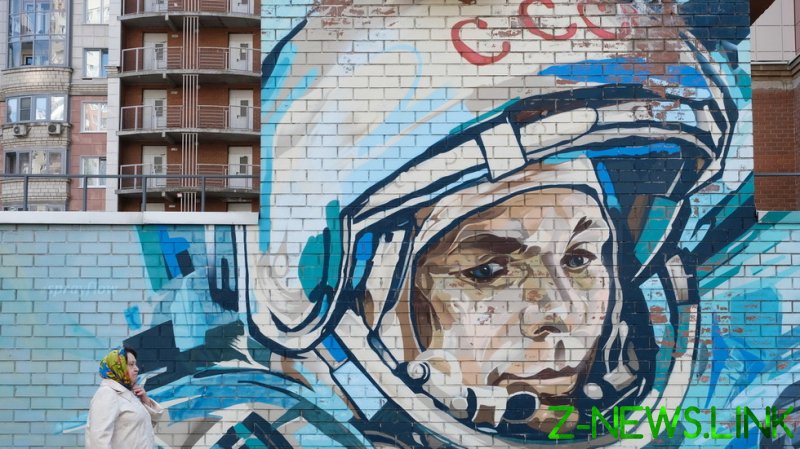 “Today marks 60 years since the first human was sent to space!” began the State Department tweet on Tuesday, accurately referring to the anniversary of the first orbital flight in 1961. Except then they went on: “On International #HumanSpaceFlight Day, we honor all U.S. astronauts who have ventured into space, including Apollo 11 astronaut and former Assistant Secretary of State Michael Collins.”

Collins – who flew the command module while Armstrong and Aldrin landed on the moon in 1969 – is legitimately a great name in the history of space exploration. But while April 12 is a holiday for all humanity, the first man in space had a name – Yuri Alekseyevich Gagarin. He was not an American astronaut, either, but a Soviet cosmonaut.

No one else seemed to have any difficulties acknowledging this, mind you. Here’s the Australian Space Agency, which even quotes Gagarin’s famous words, “Poyekhali!” ( Let’s go!)

The European Union’s military-industrial complex, has to be Russophobic professionally on a daily basis, likewise had no problem mentioning Gagarin’s name.

Checking with the UN office in Vienna – yep, Gagarin, no issues.

The first man in space did get omitted by another UN account – but only so they could bring up the first woman in space – also a Soviet cosmonaut, Valentina Vladimirovna Tereshkova  – instead. While not fair, it’s at least not historical revisionism.

Now, maybe this is all just an oversight at Foggy Bottom – after all, they were a little busy inaugurating their historic and very first ever Chief Diversity and Inclusion Officer. Except this is hardly the first oversight of this kind coming from Washington lately.

Last May, the White House congratulated the US and UK on victory in the Second World War, outright ignoring the third major Allied nation that did the bulk of the fighting and dying – the Soviet Union, of which Russia is the legal successor.

Earlier that year, VP Mike Pence gave a speech in Israel thanking “soldiers” who opened the gates of Auschwitz on January 27, 1945 – without saying who they were. A few moments later, he thanked American soldiers who “freed a continent from the grip of tyranny.” From that speech alone, one might conclude the liberators of the notorious Nazi death camp were Americans, and not the 322nd Rifle Division of the Red Army, under General Pyotr Ivanovich Zubov.

That’s exactly what the German magazine Der Spiegel did. Once called out, they shrugged it off as “extremely embarrassing mistake.” You think?

One might argue that the erasure of the Soviet Union from WWII took place under the previous administration, but no one on the other side of the aisle objected at the time. There was no uproar from Democrats – so eager to criticize everything else Donald Trump and his administration ever said or did – about this shameful historical revisionism. The Democrat-run State Department’s choice to omit Gagarin’s name from the celebration of first human spaceflight suggests this isn’t a partisan issue, but one of “American exceptionalism” so ingrained in Washington.

Here’s the deal, as the current occupant of the White House might say. Refusing to acknowledge the first man in space isn’t great, or special – it’s childish and petty. Worse, it’s historical revisionism that’s entirely unbecoming from a country that wants to be taken seriously.