Home / WORLD / Whom to cancel next? Singer Ariel Pink dropped by label after artist attended pro-Trump rally that led to Capitol unrest

Whom to cancel next? Singer Ariel Pink dropped by label after artist attended pro-Trump rally that led to Capitol unrest 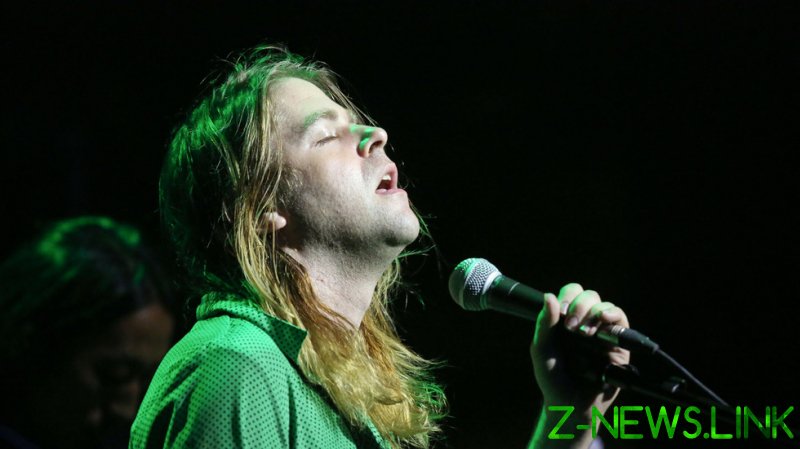 Independent record label Mexican Summer said in a tweet that it was ending its “working relationship” with Pink “going forward.” The company was set to release a new album from the artist at the end of January. The popular indie musician attracts more than one million listeners per month on Spotify.

Although Mexican Summer did not elaborate on its decision, the announcement comes after Pink was attacked on social media for attending the pro-President Donald Trump rally in Washington on Wednesday.

A photograph of Pink with fellow musician John Maus in DC caused many to accuse him of participating in the so-called “insurrection.” His presence at the rally was made even worse by the fact that he has never expressed solidarity with the Black Lives Matter movement, some argued.

However, Pink insisted that he went back to his hotel and took a nap after the main event finished outside the White House, and that he had nothing to do with the proceeding chaos at the Capitol.

He further stressed that he has never advocated for “violent confrontation or rioting.”

The decision by Mexican Summer to drop Pink seems to have divided social media. Numerous observers argued that the company had made the wrong move by “canceling” Pink for his political views.

Many others hailed the move, with some even suggesting that the label should have dropped Pink, who has never been shy about his affinity for Trump, sooner.

“I guess his next stop will be as a Skrewdriver cover band at Mar-a-lago functions and brunches,” joked one supportive reply.

The Trump-supporting artist apparently realized that he would soon be thrown under the bus.

“They wasted no time…save yourselves friends, cancel me now and turn me in before they come for you,” he tweeted on Thursday.

Trump was permanently booted from Twitter on Friday, with the company citing a risk of “further incitement of violence.” Five deaths have been linked to the unrest at the Capitol building, which occurred as Congress was preparing to certify Democrat Joe Biden’s election victory. Trump later stressed that he opposed violence and wanted his supporters to remain orderly and law-abiding.

Authorities have begun to arrest individuals suspected of participating in the riots. Some of the people filmed and photographed inside the Capitol during the chaos have been fired from their jobs, according to media reports.