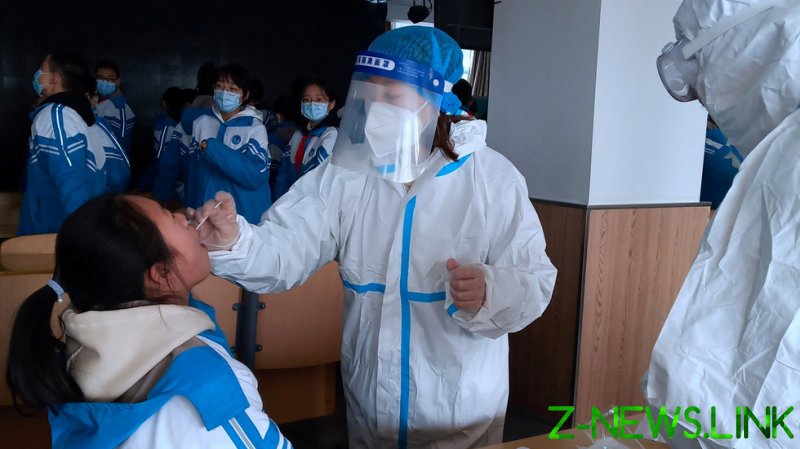 China’s National Health Commission announced on Monday that the WHO team would begin its work in the country on January 14. The health authority did not elaborate on locations that the experts might visit or the activities they might carry out during their stay in China. The team was initially hoping to come to China in early January but their plans were delayed as they waited to receive formal authorization from Beijing.

Their expected arrival has coincided with a spike in new Covid-19 cases in China. Mainland China recorded a daily increase of 103 new cases on Sunday, the highest since 127 infections were registered on July 30. China does not count asymptomatic cases in its total infection tally.

The new cases were primarily from Hebei province, which surrounds Beijing. The daily total also included 18 “imported” cases from people arriving in China.

Shijiazhuang, the capital of Hebei province and home to 11 million people, launched a mass testing drive last week and imposed restrictions on gatherings and movement as the city registered an increase in new cases.

Other regions of China are now taking similar measures. A county in the northeastern Heilongjiang province went into lockdown on Monday after discovering new Covid-19 infections, state media reported.

Chinese Foreign Minister Wang Yi claimed earlier this month that the coronavirus pandemic was likely the result of outbreaks in many places around the world, and said that it was wrong to blame Beijing for the health crisis.