Home / WORLD / ‘Who let the Doge out?’ Musk’s favorite canine-crypto smashes another record high as celebrities jump on board

‘Who let the Doge out?’ Musk’s favorite canine-crypto smashes another record high as celebrities jump on board 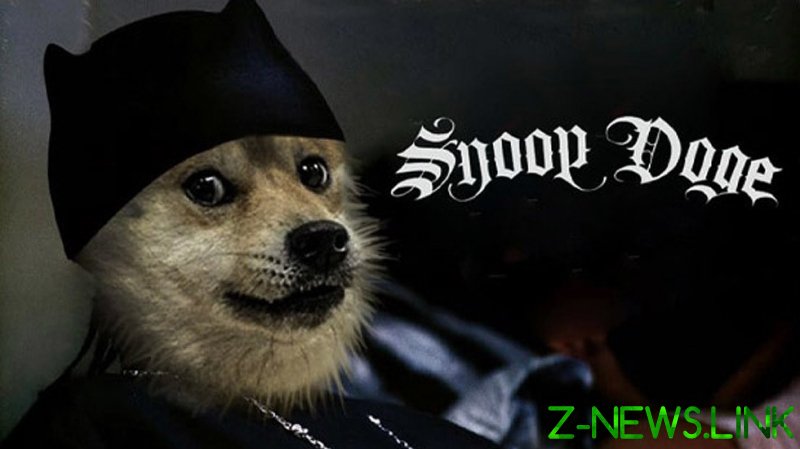 The canine-themed cryptocurrency surged as high as $0.084 per coin early on Monday before giving up some of the gains and sliding to around $0.075 later in the day. However, it was still up over 22 percent in the last 24 hours, and left behind Stellar and Bitcoin Cash to become the 10th biggest digital currency by market capitalization, according to CoinmarketCap data.

The coin that was initially launched as a joke to mock other cryptos has attracted billions in recent weeks amid small investors’ ‘war’ with big hedge funds. The largest movements of the token were driven by Tesla CEO and the richest man on the planet, Elon Musk, who was busy tweeting jokes and memes about the coin. Last week, he even endorsed Dogecoin as a possible future currency of Earth and “the people’s crypto,” and spurred unprecedented surge for the cryptocurrency with a one-word tweet.

During Monday’s rally, Musk took to social media again, posting an instructional video for Dogecoin as well as a short message “Who let the Doge out” among other tweets.

The billionaire was not alone in setting off yet another crypto craze. Over the weekend, rapper Snoop Dogg pinned a tweet with a “Snoop Doge” picture.

Meanwhile, KISS frontman Gene Simmons dedicated a whole series of tweets to the token, posting everything from an explanatory video to posts cheering its eye-popping growth. In one of the posts he even proclaimed himself “God Of Dogecoin.”

Noticing celebrities’ support, Musk then published another Lion King meme. The altered version of last week’s picture now features the billionaire holding up fellow Dogecoin-lovers Gene Simmons and Snoop Dogg, with the latter in turn holding up the mascot of the token, a Shiba Inu.