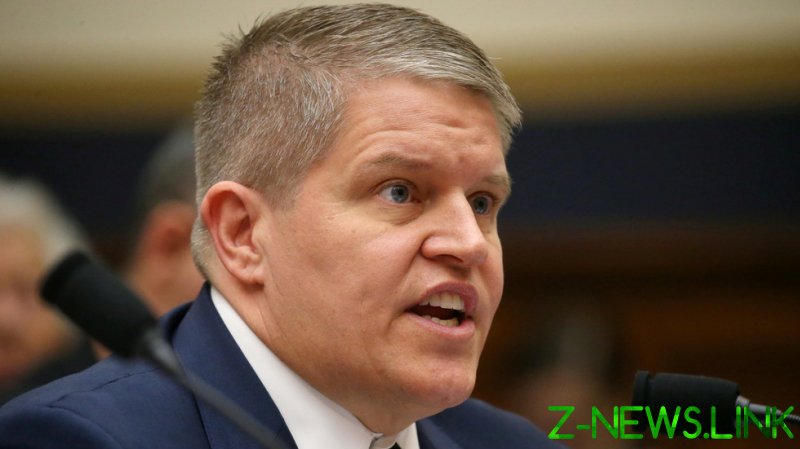 Announcing Chipman’s nomination to head the Bureau of Alcohol, Tobacco, Firearms and Explosives on Thursday, the White House said he “served at ATF for 25 years and now works to advance commonsense [sic] gun safety laws.”

The agency, still known as ATF – though Biden twice called it “AFT” instead – has been under acting directors since 2015.

Word of Chipman’s nomination was leaked on Wednesday to friendly mainstream media outlets, at which point the long-time anti-gun activist locked his Twitter account, presumably to avoid the sort of scrutiny credited with sinking the nomination of Neera Tanden.

In CNN’s telling, Chipman has “a long history at the agency and sports credentials in gun control advocacy sure to excite firearm safety groups.” Not the least because he has actually worked for three of them since retiring from the ATF in 2012: first with billionaire Michael Bloomberg’s Everytown for Gun Safety, then at Public Safety Solutions, before landing at his current post as senior policy adviser at Giffords, a gun control organization led by a former Arizona congresswoman after her near-fatal shooting in 2011.

Someone with that resume seems like a perfect fit for Biden’s proposed crusade against what the White House labeled a “gun violence public health epidemic.”

Critics of Chipman’s gun stance have unearthed more details from his biography, however. He wanted gun stores closed as “nonessential businesses” as part of the coronavirus lockdowns and wanted to ban all semi-automatic weapons, former National Rifle Association (NRA) spokeswoman and Second Amendment pundit Dana Loesch pointed out.

Chipman also “tried to shame law-abiding gun owners as irrationally fearful after a year of watching violent riots and hearing Democrats call to defund police,” according to Loesch.

Moreover, Chipman is also on the record saying he believes “all gun sales should be limited to licensed gun stores where a background check and paperwork is required,” and backs a ban on production and sale of “assault rifles,” according to a September 2019 ask-me-anything discussion on Reddit.

“I believe we should ban the future production and sale to civilians and afford current owners of these firearms the ability to license these particular guns with ATF under the National Firearms Act,” he wrote. The NFA is the 1934 law that banned machine guns, grenades and sawed-off weapons.

As part of the same discussion, Chipman made a false claim about an event during the infamous 1993 siege and massacre in Waco, Texas – which left 82 members of a religious commune dead.

He said that “cult members” at Waco “used 2 .50 caliber Barretts to shoot down two Texas Air National Guard helicopters.” A congressional report on the siege released in 1996, however, said that while shots had been fired at three helicopters that flew over the Mt. Carmel compound, none were “shot down” – and no ATF agents or National Guard crew members on board were injured, either.

Four agents and six Branch Davidians died in the initial February 1993 shoot-out that kicked off a 51-day siege. The ATF tried to search the premises after receiving reports that the Branch Davidians – a religious sect who lived on the property outside Waco, Texas – were stockpiling illegal weapons and abused children. The final assault in April saw the FBI use grenades and CS gas against the compound; the fire that broke out led to the death of 76 people inside, including 20 children. Only 12 survived.