Home / WORLD / White House turns the tables on ‘defund the police’ slogan, suggesting it was Republicans’ idea all along

White House turns the tables on ‘defund the police’ slogan, suggesting it was Republicans’ idea all along 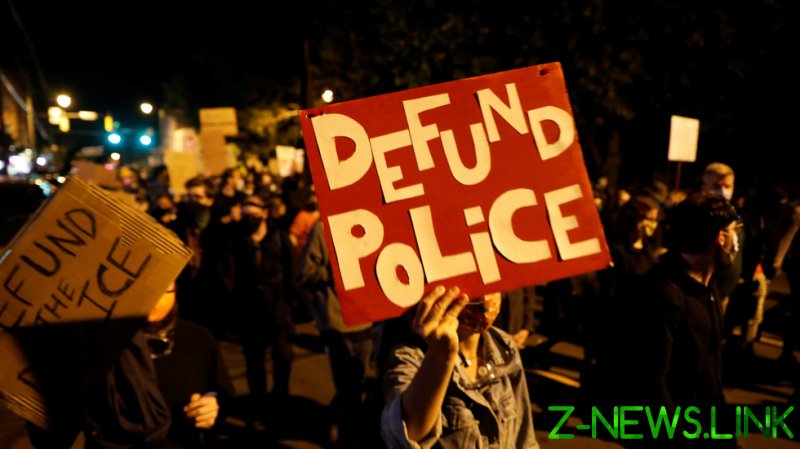 After several exchanges with Fox News’ Peter Doocy this week, Psaki found herself being accused of spinning the president’s past stance on police reform and funding. Psaki argued Republicans’ failure to support legislation such as the American Rescue Plan, which included police funding, made them guilty of wanting to take funding away from police.

In their most recent exchange, Doocy questioned the White House’s position on “defunding the police,” citing Associate Attorney General Vanita Gupta’s Senate testimony from July 2020. Back then, she said it is “critical for state and local leaders to heed calls from Black Lives Matter and Movement for Black Lives activists to decrease police budgets.”

Biden, Psaki claimed, “ran on and won the most votes of any candidate in history on a platform of boosting funding for law enforcement after Republicans spent decades trying to cut the COPS program.”

The COPS program is an initiative for hiring new police officers.

She then cited Republican opposition to the American Rescue Plan once again to swipe at conservatives.

“I don’t have time to read out all their names today,” Psaki said.

The $1.9 trillion American Rescue Plan, among other things, included $350 billion that state and local governments could use for police funding, but Republicans rejected the spending package as too expensive at the time.

Though Biden has never directly endorsed defunding the police – he has said he does not support it – support for slashing police budgets has become fairly common among Democrats. Some lawmakers, such as Rep. Alexandria Ocasio-Cortez (D-New York), have openly shown support for ‘defunding’ the police.

Psaki’s attempts to argue that “defund the police” – a slogan made popular at Black Lives Matter protests and by liberal activists – is a Republican effort have been blasted by conservatives, who have gone so far as to accuse the press secretary of lying.

“He just called it ‘reform’ instead, Jenn. Americans aren’t as stupid as the Biden admin thinks they are,” one Twitter user wrote in a Saturday tweet, adding numerous tweets from Biden during the 2020 presidential election calling for police “reform.”

“Trying to think of another time where a sizable constituency in a party demanded something so politically toxic that party leaders said it was the other side’s idea all along,” Free Beacon’s Joe Gabriel Simonson tweeted.

Psaki faced backlash earlier this week when she accused Republicans of not supporting police by not backing the American Rescue Plan and its intended law enforcement funding. When pushed to name Republicans who rejected supporting the plan because they wanted to “defund the police,” Psaki refused to name any lawmakers.

“I think actions speak louder than words,” she said.