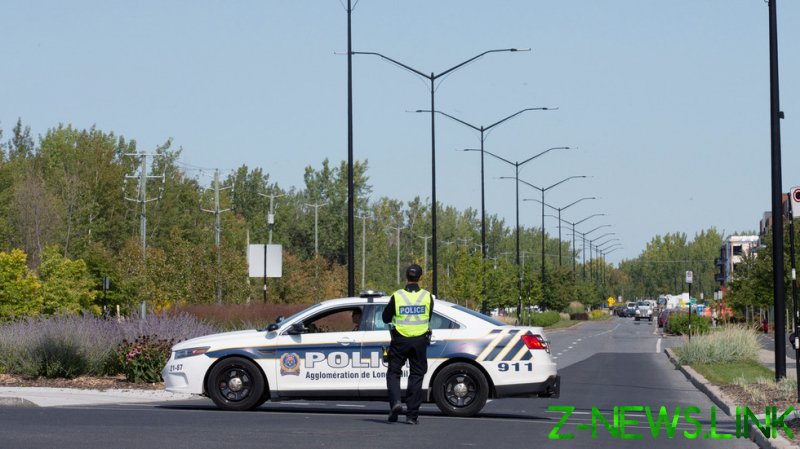 The suspect, reportedly a woman with dual Canadian and French citizenship, was arrested by US Customs and Border Patrol agents on Sunday as she attempted to enter the US. Police, backed by specialists in nuclear, biological and chemical threats raided an apartment in Quebec connected to the woman on Monday.

“We believe a total of six letters were sent, one to the White House and five to Texas,” Royal Canadian Mounted Police officer Charles Poirier told reporters after the raid. Poirier did not say where in Texas the five contaminated letters were sent, but the FBI is investigating several suspicious deliveries at law enforcement and detention facilities in South Texas, Reuters reported.

The woman is reportedly being held in Buffalo, New York, and a police spokesman in Mission, Texas, told the agency that his department had previously arrested her in 2019, but had no records on the arrest.

President Donald Trump’s mail is screened at an off-site facility before being delivered to the White House. As such, the likelihood of the president getting his hands on the letter were extremely slim. If he had, though, the consequences could have been fatal. Ricin, a poison made from the husks of castor beans, blocks the body’s cells from making proteins, which leads to organ failure, a collapse of the circulatory system and possible death.

There is no known antidote.