Home / WORLD / White House claims it will give press access to border facilities, but refuses to say when

White House claims it will give press access to border facilities, but refuses to say when 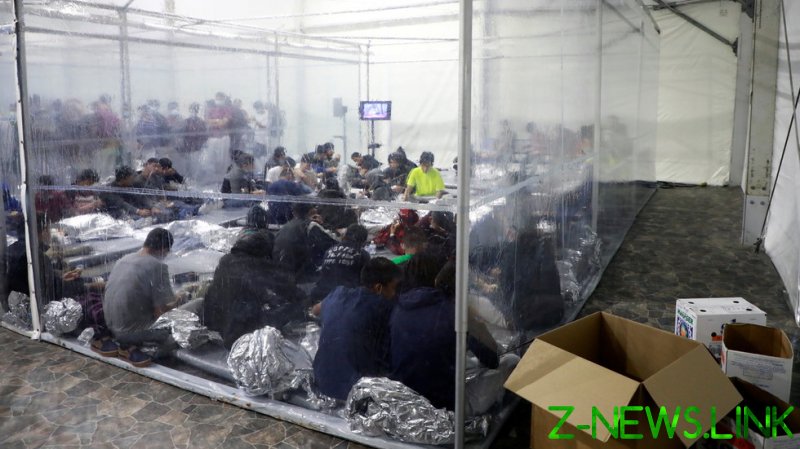 In a ‘Fox News Sunday’ interview, Psaki claimed the White House is “absolutely committed” to granting reporters access to border facilities, which have reportedly been overrun by a surge in migrant crossings from Mexico – especially unaccompanied minors, many of whom are being housed in the facilities days beyond the federally mandated 72-hour period.

Psaki doubled down on her vague commitment to grant press access after being accused by host Chris Wallace of being “less transparent” than the Trump administration. The press secretary said the current administration is trying to “take a different approach” to the former president and that migrant minors are being handled in “the most humane” way.

She also blasted the former administration for “turning away kids at the border, sending them back on the treacherous journey,” saying the current administration is not doing this and is currently working to expedite the process of moving minors out of overwhelmed detention facilities.

Psaki did note, however, as other officials have recently, that the “border is closed” and the majority of adult migrants crossing are being “turned away.”

The White House has been under increasing pressure from Republicans and members of the press over their handling of a surge of migrant crossings at the border. Republican members of Congress, including Sen. Ted Cruz (R-Texas), recently visited the US/Mexico border and highlighted the conditions there.

President Joe Biden also promised this week that the press will soon have access to border facilities, used to house unaccompanied minors and other migrants, run by Border Patrol, but he said he was not sure when exactly this would happen.