When and how Ukraine will transfer clock to winter time 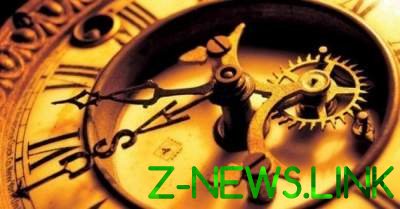 The transition to winter time in 2017 will be held on October 29. At 4 a.m. don’t forget to translate arrows on an hour ago.

The transition to winter and summer time is carried out in accordance with the decree of the Cabinet of Ministers of Ukraine No. 509 dated may 13, 1996 “On procedure of calculation time on the territory of Ukraine”. According to this decree, the transition to winter time occurs on the last Sunday of October, daylight savings time on the last Sunday of March.

The idea of daylight saving time for a more rational use of sunlight and to conserve energy embodied in Germany during the First world war, although was thinking about how to wisely use the daytime before. Many countries soon followed the example of the Germans.

Since then, some States then canceled, then renewed the system of daylight saving time – depending on the economic situation. Now most of the countries refused to transfer hours. Arrows no longer being transferred to Japan, China, India, Singapore, Russia, Belarus, Georgia, Kazakhstan and other countries.

In 2011 the Verkhovna Rada of Ukraine tried to cancel transfer of hours, but the action was cancelled.

Continue to translate the clock in almost all European countries, Canada, Australia, New Zealand, USA and many others. And, interestingly, in some States and areas in these States daylight saving time is not in effect.

On October 29 we will translate arrows on an hour ago, and that means a whole extra hour in the day. But despite the fact that the transition to winter time people carry easier, the body will still need to adapt to the new regime. It usually takes two weeks. Scientists suggest during this time, starting a week before transfer hours, gradually going to bed 10-15 minutes later each day.