Home / WORLD / ‘What are you talking about?’ Frustrated Pelosi lashes out at media, promises debt ceiling vote despite opposition

‘What are you talking about?’ Frustrated Pelosi lashes out at media, promises debt ceiling vote despite opposition 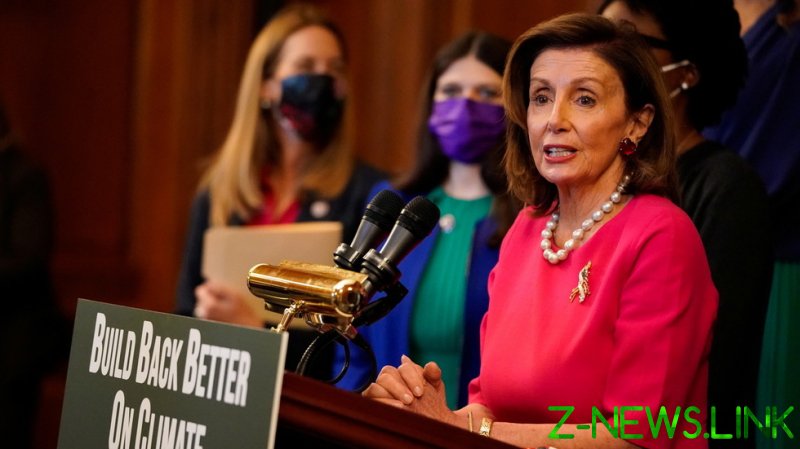 Speaking to the media on Wednesday following a meeting with Democrats on the bills, Pelosi took aim at “irresponsible” Republicans, who have not been supportive and have pledged not to help raise the debt ceiling.

The congresswoman claimed Democrats had a “very productive” meeting and have confidence they will be able to pass both the $1 trillion infrastructure bill and the more expansive $3.5 billion spending bill, which focuses more on ‘humanitarian’ infrastructure.

She did note, however, that she has the authority to delay the vote, and promised earlier in the week not to bring it to a vote in the House if she did not have the votes to pass it. She then directly addressed the reporter who had made the suggestion.

“I’m not calling you a troublemaker, but instigator over here. Working for the will of the American people has clearly stated what the prerogatives are of the Speaker of the House,” she said.

Pelosi grew frustrated once more when the failure to extend the debt ceiling in the Senate was brought up. Treasury Secretary Janet Yellen wrote in a public letter to Pelosi that the US has only weeks before they have exhausted existing resources and could start defaulting on debts if the ceiling is not lifted.

“It looks like the debt limit extension might not advance in the Senate,” one reporter asked Pelosi, “Why get mad at members, why twist the arms of moderates if this is not going to move anywhere?”

“What are you talking about?” a frustrated Pelosi responded, then adding that Congress has a “responsibility” to extend the US spending credit.

The congresswoman added that she has “no patience” for anyone who “doesn’t vote for everyone,” by which she apparently meant the spending bills.

Pelosi’s comments have mostly earned her ridicule, as well as accusations that she and other top Democrats are not “on the same page.”

In a Wednesday announcement, Pelosi promised a vote on suspending the debt ceiling in the House, despite the fact that it will likely face continued opposition in the Senate.

In her announcement, she once again took aim at Republicans, who, the speaker claims, have an “utter lack of concern for families.”

Pelosi’s leadership in passing the infrastructure and reconciliation packages has come under great scrutiny recently, as centrist and left-leaning Democrats have pitted themselves against each other on which spending bill must go first, and Republicans have offered no support.

On Tuesday, Pelosi accidentally referred to the bills as part of “the full Obama agenda,” eliciting further criticism.

The infrastructure bill passed the Senate in August, but still needs to pass through the House where progressive Democrats have been more interested in an agreement on the $3.5 trillion bill, leaving Pelosi in a standstill with a partial government shutdown looming and debt ceiling deadline in a matter of weeks.