Home / WORLD / ‘What are we doing in society?’ Suspect in New York sucker-punch attack on Asian woman has been arrested EIGHT TIMES in past year

‘What are we doing in society?’ Suspect in New York sucker-punch attack on Asian woman has been arrested EIGHT TIMES in past year 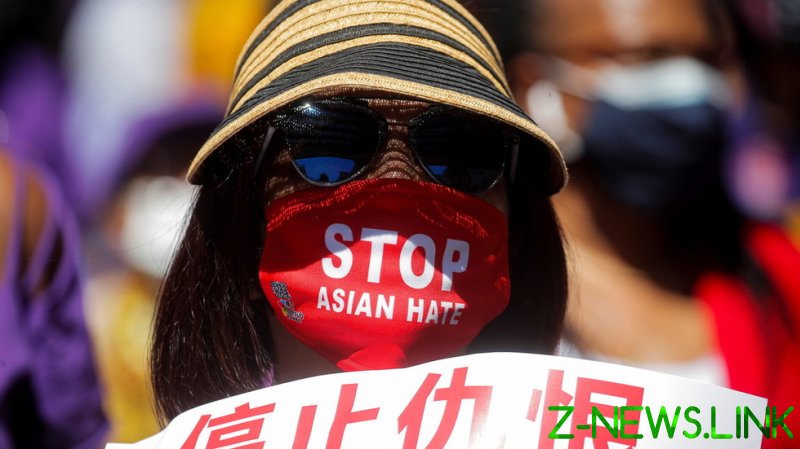 “Randomly assaulting people, setting fires. The guy that was arrested on Friday setting fires,” Police Commissioner Dermot Shea told NY1 on Tuesday. “What are we doing in society when we are releasing these people right back onto the street? It’s craziness.”

The comments came after Alexander Wright, a 48-year-old black man, was arrested in connection with an attack caught on surveillance video on Monday in New York’s Chinatown neighborhood. The suspect is seen punching a 55-year-old Asian woman as she walked on the sidewalk in front of a restaurant, completely unaware of the fist coming toward her face.

The video shows the woman reaching toward her nose before staggering and falling backward to the pavement, apparently unconscious. Bizarrely, the attacker asks, “What’d you hit me for? Why’d you hit me?” The woman was taken to a local hospital for treatment of a facial injury.

The suspect has been arrested not just eight times in the past year, but 17 times total, New York police said. Shea said the man lives in a homeless shelter and was quickly arrested after passers-by pointed him out to police officers who were on a nearby corner.

Wright faces charges of assault as a hate crime, assault and possession of a controlled substance. New York’s ABC affiliate, WABC, reported that his recent arrests have been for such incidents as throwing a brick through an office window, scratching a man’s eye and throwing hot coffee at traffic agents.

New York City has seen a 353% jump in hate crimes against people of Asian descent so far this year. In one of the latest cases, Shea said a man was arrested on Friday for allegedly pushing a 65-year-old Asian woman down a flight of stairs at the 34th Street subway station. The suspect in that case, 64-year-old John Chappell, has 67 arrests on his rap sheet.

“What’s the common denominator — people that are arrested, multiple, multiple, multiple times and released,” Shea said. “Mental illness is woven into this, potentially. We have to do better. And we are arresting somebody for pushing a woman down the stairs, and then we release them back into the streets. I mean, this is craziness.”

According to local CBS affiliate WCBS, Mayor Bill de Blasio acknowledged a problem with mentally ill people committing crimes on New York’s streets, saying, “We have more work to do with mental health and criminal justice — gotta glue them together.”