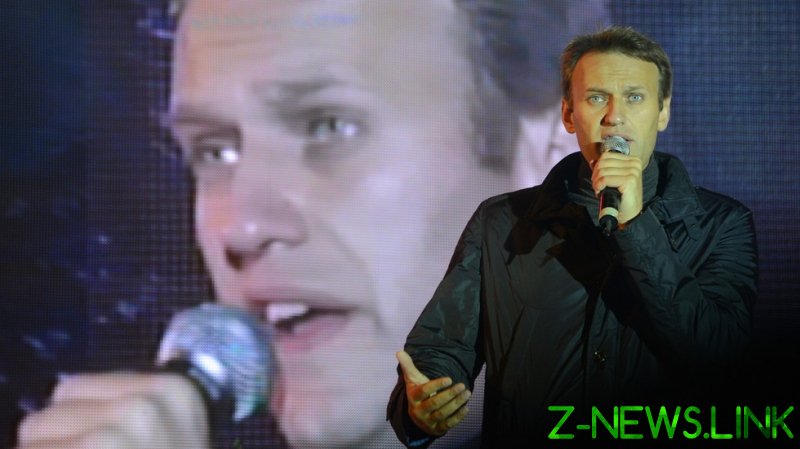 This especially given how, in Russia itself, the tale is difficult to digest, even for Putin-critics, many of whom see more holes in the story than you’d find in Swiss cheese. Especially given how frequently the facts, as presented by the US/UK (and, in this case, also by German) media, and by Navalny’s team themselves, seem to change.

This represents a dilemma in the information war against Russia – hyperbolic efforts to delegitimize the Russian government are effective to mobilize support across the West for the continued containment of Moscow. But, by detaching from reality, the narrative fails to mobilize Russians against their government. Simply because they obviously know more about how Russia works and are skeptical of Navalny, and Western motivation for showering him with levels of coverage and support completely out of sync with his importance back home.

Long gone are the days of admirable Russian dissidents whom the West and the average Russian could collectively embrace, such as Alexander Solzhenitsyn, Andrey Sakharov and Anatoly Koryagin. The Soviet Union is no more, and even Solzhenitsyn became a great supporter of Vladimir Putin and cautioned Russia against following the neo-liberal path under US hegemony.

Given that its almost thirty years since the Soviet collapse, the main opposition today remains the Communist Party, and the alternative to them is a radical nationalist grouping (the LDPR), it almost seems like Washington has decided to construct its own “Russian opposition leader”…

Rand Corporation, a renowned American think tank closely linked with US intelligence services since the 1940s, last year published a strategy for extending and weakening Moscow.

Large portions of the report are devoted to that final objective, which explores “the prospects for widespread popular dissatisfaction with the regime” to instigate a revolt and a change of power.

The Rand report praises the media-savvy Navalny for his popular YouTube videos. Yet, to prevent Navalny from appearing as an American puppet: “it would seem highly inadvisable for Western intelligence agencies to attempt to cooperate directly with anticorruption groups inside Russia, such as Navalny’s Anti-Corruption Foundation. Such cooperation would undermine the effectiveness of those groups within Russia.”

The Unbelievable Tale of Navalny

The narrative, which no mainstream Western journalist has even attempted to question, insists that the president of Russia decided to kill Navalny – a marginal figure inside Russia. Instead of organizing an ‘accident’ with plausible deniability, the weapon of choice was a chemical weapon that could kill scores of civilians and unleash chaos at a Russian airport or on an airplane.

At first, it’s doubtless that Navalny’s tea was poisoned at the airport. When this failed to stick, a new narrative insisted his water bottle had been poisoned at the hotel. Now, the third and latest narrative suggests that Novichok (said to be the world’s deadliest nerve agent) had been sprinkled on his underpants. Meanwhile, we are also told that once Navalny was unconscious, he was poisoned a second time with this lethal Novichok.

We are expected to believe that the Russian authorities wanted to kill Navalny but allowed his flight to be diverted and make an emergency landing at another airport so he could be rushed off to a state hospital where he was treated. Then, Putin’s FSB hit-squad seemingly decided not to simply turn off Navalny’s ventilator at the hospital, or to put a pillow over this head, but instead expanded the scope of the conspiracy by forcing the doctors to falsify his toxicology tests while threatening them to remain silent.

As if that wasn’t enough, Putin then let a Novichok-infected Navalny fly to Germany for further treatment at a time when the Nordstream II gas pipeline was about to enter its final stages of construction.

Never mind the complete lack of evidence, this implausible and continuously changing narrative does not even make any sense. Novichok appears yet again to be incapable of killing anyone, and it is only effective in terms of insinuating the guilt of the Russian state.

The Rand report advocates undermining Russia by disseminating information to “an intermediary, mirroring the Russian intelligence agencies’ use of WikiLeaks,” which gives the West plausible deniability.

It was, yet again, Bellingcat that identified the FSB team that allegedly followed Navalny, before this was disseminated through Western media. The West can seemingly retire MI6, the CIA and other intelligence services, because these days all information and disinformation to substantiate accusations against Russia derives from Bellingcat.

Yes, this is the blog of Elliot Higgins, a failed underwear salesman and videogame enthusiast that the Western media insists on treating seriously as an investigative journalist. Despite his proven disinformation from Syria to Ukraine, he remains the trusted source to expose Putin as the reincarnation of Stalin.

Bellingcat is bankrolled by the National Endowment for Democracy (NED), which is funded by the US government. The first president of NED, Allen Weinstein, infamously explained that openness was the new cover: “a lot of what we do today was done covertly 25 years ago by the CIA”. In the 1970s, a great scandal erupted when US intelligence services were exposed for infiltrating the media, yet these days there is nothing to expose, as they are openly hired by news networks to disseminate the news.

Unsuitable for a Russian audience?

Washington’s efforts to cultivate an opposition figure in Russia runs into a familiar dilemma: capturing the Western audience alienates the Russian audience.

In the West, Navalny is no longer the ethno-nationalist expelled from the liberal Yabloko party due to repeated xenophobia, and who waved a gun around on his YouTube channel as he advocated killing Muslims as human “cockroaches.” Instead, Navalny has been reinvented and branded as “the Russian opposition leader.”

This is a hard sell in Russia itself, where the regime change agenda is not appealing, as evidenced by polling, where Navalny’s political support and trust levels hover between two and three percent. Anyway, the Rand report is clear that the US objective is not to promote democratic reforms, but rather to galvanize Russians against their government so as to weaken Russia as an adversary.

This should be self-evident: countries around the globe have been devastated in past by US efforts to ‘liberate’ their populations from leaders unacceptable to Washington.

The Navalny narrative follows the US playbook of color revolutions, where NED was used to hijack popular protests against corruption in Georgia and Ukraine to serve geopolitical aims such as NATO expansion.

Putting Navalny on CNN and having him hang out with Merkel is conducive to strengthening his political legitimacy in the West. Yet, the assumption of moral authority within Russia appears to be a miscalculation. The news network that has peddled the Russiagate conspiracy theory for the past four years and Chancellor Merkel, the champion of sanctions, are hardly sources of legitimacy in Russia.

If Navalny continues down this road, he will ultimately become as irrelevant as other ‘celebrity’ Putin opponents, such as Mikhail Khodorkovsky or Garry Kasparov, who are far more popular in the West than at home.