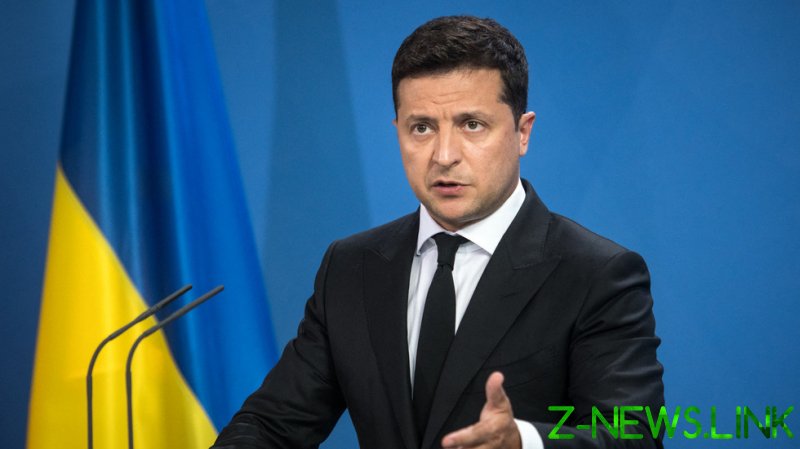 Speaking to foreign reporters during a major press conference on Friday, Ukrainian President Volodymyr Zelensky criticized the “slightly imbalanced” coverage of the situation surrounding his country exhibited by some Western politicians and media.

“Today we are not seeing any greater escalation than it was before. Yes, the number of servicemen has increased, but I spoke about that at the beginning of 2021 when they talked about the military exercises of the Russian Federation,” Zelensky stated.

“From media coverage, it looks like we are at war already, that troops are already at the roads, that there’s mobilization, people going somewhere. It’s not the case. We don’t need this panic.”

Overhyping the tensions around Ukraine has already had a heavy impact on its economy, Zelensky revealed. Billions have been withdrawn from the country amid the panic, he added, without specifying any currency.

The president also touched upon the phone talks with his US counterpart Joe Biden, which took place earlier in the day. Zelensky dismissed media reports that they did not go well, insisting that he did not have any disagreements with the US president.

“We do not have any misunderstanding with the president of the United States. Simply, I deeply understand what is happening in my country, and he understands what is going on in the US well,” Zelensky explained.

At the same time, the Ukrainian leader admitted that he might have some secrets to keep from Biden.