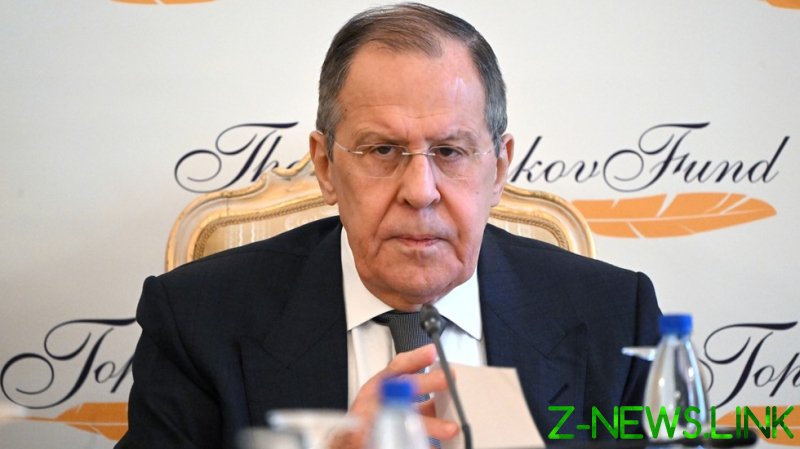 Russia’s Foreign Minister Sergey Lavrov has accused the West of launching a “total, hybrid war” against his country, saying that a recent wave of sanctions aim to “exterminate” the Russian economy.

The comments came during a meeting of the Gorchakov Public Diplomacy Fund in Moscow on Friday, where Lavrov said Western retaliation to Russia’s attack on Ukraine last month amounted to “war.”

“Today we have been declared a real hybrid war, a total war,” he said, adding that the latter term “was used by Hitler’s Germany” and “is now voiced by many European politicians when they talk about what they want to do with the Russian Federation.”

The goals are not hidden, they declared them publicly – to destroy, break, exterminate, strangle the Russian economy and Russia as a whole.

The minister suggested the sanctions would not have the intended effect of isolating Russia’s economy, noting that “the majority of the countries in the world are interested in an equal interstate cooperation based on the key principles of the UN Charter.” He urged members of the Diplomacy Fund to take note of nations that have declined to join the “anti-Russian hysteria,” despite pressure from the United States and a number of allied powers.

Those countries include both China and India, which have refused to cut ties with Moscow over its military operation in Ukraine, though both have urged for an end to the fighting and a diplomatic solution to the crisis. Beijing has explicitly stated that it would not budge on its relations with Russia, insisting that it maintains an “independent” stance on the Ukraine conflict, while India has scaled up trade with Moscow in recent weeks, agreeing to purchase Russian crude oil at a discount earlier this month.