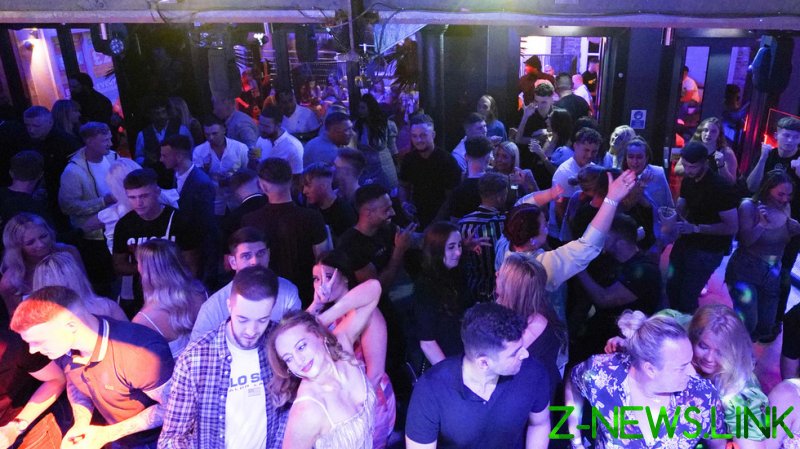 Across the UK, a panic has developed around the idea that young women are being ‘spiked’ by being injected with drugs by a patron with a syringe, at pubs and clubs in various parts of the country.

In little more than a few days this needle spiking appears to have happened, largely to students, in Nottingham, Liverpool, Cardiff, Manchester, Leeds, Newcastle, Edinburgh, Dundee, Stirling and Glasgow. But, despite the claims and the reaction by the press and politicians, experts are now starting to raise doubts about the validity of these cases.

As with drink spiking, the stories going viral online tell of young women in pubs and clubs feeling ill, losing their memory and waking up to find a needle mark on their skin. Concerns have been raised, not only about the possible date-rape drugs being used and the danger of being abused, but also about a possible threat of being infected with HIV/AIDS, Hepatitis B and Hepatitis C.

An online petition calling for the government to, ‘Make it a legal requirement for nightclubs to thoroughly search guests on entry’ has already received 168,000 signatures which means parliament will have to consider debating the issue. Home Secretary Priti Patel has called for a police update on what some are calling an epidemic and the story has been reported across the world.

One social media scare story emerged telling of a young woman who had contracted HIV from being needle-spiked. But the National Aids Trust pointed out that ‘getting HIV from a needle injury is extremely rare. A diagnosis takes weeks’. Unfortunately, few in the press have raised questions about this new ‘epidemic,’ not even to ask how and why persons would suddenly, all at the same time, begin to use needles in this way, in pubs and clubs across the entire country.

We don’t know what has happened in these individual cases and drug spiking does occur. However, medical experts are now questioning the feasibility of injecting a person without them knowing that it is happening.

Administering drugs in this way is not an easy task, it is particularly difficult if you are using date-rape drugs because of the large needle that would be needed. Some experts have also explained that the needle would likely need to be in the body for 20 seconds to administer the drugs.

Director of Global Drug Survey, Adam Winstock suggests, “There are very few widely accessible drugs” that could be used in this way. Emergency medicine consultant David Caldicott says, “The idea that a clubber would do this to a fellow clubber seems highly unlikely to me,” while a critical care nurse has suggested that the likelihood of administering drugs like ketamine in this way is virtually zero.

In Nottingham there have now been 15 cases reported to the police. However, they have said that only in one of the cases are there injuries that ‘could be consistent with a needle.’ Which begs the question that nobody seems to be acknowledging, let alone trying to answer, which is what has happened in all the other cases?

Despite these contradictions and indeed the lack of evidence, beyond the claims being made, institutions, like universities, have sent out scare messages to students. Within days of the case in Dundee going viral, and with no evidence or proof of what had actually happened, Dundee University sent an email to all their students warning of the ‘extremely distressing events’ that were ‘unacceptable, reprehensible and ultimately life threatening.’

Part of the explanation for this panic reaction is the pre-existing belief that drink spiking is a widespread problem for young women across the UK. However, this too has been questioned by experts and by criminological research.

The idea that your drink could be spiked with a date-rape drug is now an accepted idea among young women, many of whom claim to have either been spiked or to know someone who has been. Considering the apparent scale of this problem, which could rightly be called an epidemic if all these claims are true, it is surprising to find that, between 2013 and 2018, the number of convictions for drink spiking in Scotland was zero. Not a single conviction.

As far back as 2009 the British Journal of Criminology published an article that noted the “stark contrast between heightened perceptions of risk…. and a lack of evidence that this is widespread.” They concluded that the anxiety about drink spiking which has developed in America, had been facilitated by TV soap stories, health agencies and a safety industry that promoted the problem and created what they called a ‘socializing etiquette,’ where young women were essentially educated into a culture of fear.

Already, in 2007, the Chief Executive of the Suzy Lamplugh Trust, a charity concerned with reducing crime, stated that, “As far as I am aware, there has never been a case of Rohypnol in [the UK] found, ever. We ask women when they are out to look after themselves and they say ‘I always put my finger over the bottle so it can’t be spiked.’ I want to tear my hair out because what is in the bottle is what’s lethal!”

And in 2012, a study by doctors at Wrexham Maelor Hospital in Wales, found that rather than date rape drugs being the problem, women were, in fact, being rendered helpless by binge drinking. The medics found no evidence any women seeking help from emergency doctors because their drinks had allegedly been spiked had been given these drugs and that around one in five tested positive for recreational drugs while two-thirds had been drinking heavily.

Researcher Dr Hywel Hughes, an associate specialist in A&E, said “no ketamine, GHB or Rohypnol was found in the samples which suggest they are not commonly used to spike drinks,” adding, “claiming their drink has been spiked may be used as an excuse by patients who have become incapacitated after the voluntary consumption of excess alcohol.”

Much of the discussion about drink spiking occurs online. This was how the recent Dundee needle-spike incident went viral. The pub in which the incident was meant to have occurred initially raised some doubts about the case and called the young woman an ‘alleged victim’ rather than simply a victim. The subsequent pile-on in social media for not calling the woman a victim quickly forced the pub to change their tune, apologise, and to insist that they will be increasing their security from then on.

That a local pub that feels under siege reacts in this way is understandable; that much of the press, politicians and institutions like universities have adopted this language of fear is, however, inexcusable.

Without actual evidence of the ‘ultimately life threatening’ cases in question, or a genuine understanding of the scale of the problem, those in positions of authority would do well to act with a little thought and maturity. If they do not, we risk unnecessarily terrorising a generation of young women and demonising the same generation of young men who may soon face a new stop-and-search regime when they go for a night out.