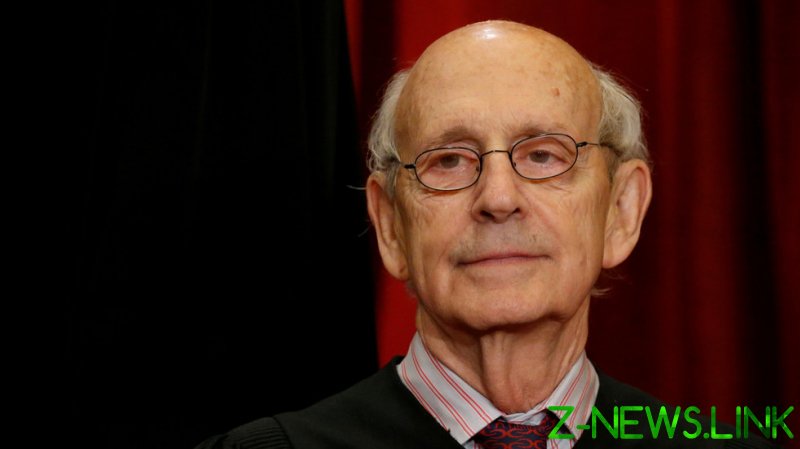 Breyer “has been a distinguished justice, but now is risking the Senate falling into Republican hands before Democrats can confirm Biden’s nominee,” the group tweeted.

The call comes on the same day as the White House announced the formation of a presidential commission, tasked to produce an “analysis of the principal arguments in the contemporary public debate for and against Supreme Court reform” as well as the current debate about “the role and operation of the Supreme Court in our constitutional system” and historical background of proposals to reform it.

This has been widely interpreted as a reference to the 1937s attempt by President Franklin Delano Roosevelt – another Democrat, to whom Joe Biden has recently been compared in many mainstream media outlets – to add more justices to the court after it blocked some of his “New Deal” programs, known since as “court-packing.”

There are currently three Supreme Court justices considered “liberal” – Breyer, Elena Kagan and Sonia Sotomayor – and six theoretical “conservatives,” three of whom were appointed by the former President Donald Trump.

Breyer is 82 and has served on the SCOTUS since 1994. During a lecture to Harvard Law School on Tuesday, he was skeptical of the push to expand the highest court in the land.

“I hope and expect that the court will retain its authority,” he said. “But that authority, like the rule of law, depends on trust, a trust that the court is guided by legal principle, not politics. Structural alteration motivated by the perception of political influence can only feed that perception, further eroding that trust.”

Demand Justice, the group now suddenly pushing for Breyer’s retirement, isn’t just any organization. It is led by Brian Fallon, former press secretary for Hillary Clinton’s 2016 presidential campaign and John Kerry’s 2004 presidential bid. Fallon was also an aide to Senator Chuck Schumer (D-New York), who now leads the Senate majority, and worked for the Department of Justice during the Obama administration. Several other Obama alums and long-time Democrat aides are also senior figures in Demand Justice, according to the watchdog Influence Watch. The group is also on the record supporting court-packing.