Home / WORLD / ‘We can and should get out earlier’: Trump slams Biden for using September 11 as Afghanistan withdrawal date

‘We can and should get out earlier’: Trump slams Biden for using September 11 as Afghanistan withdrawal date 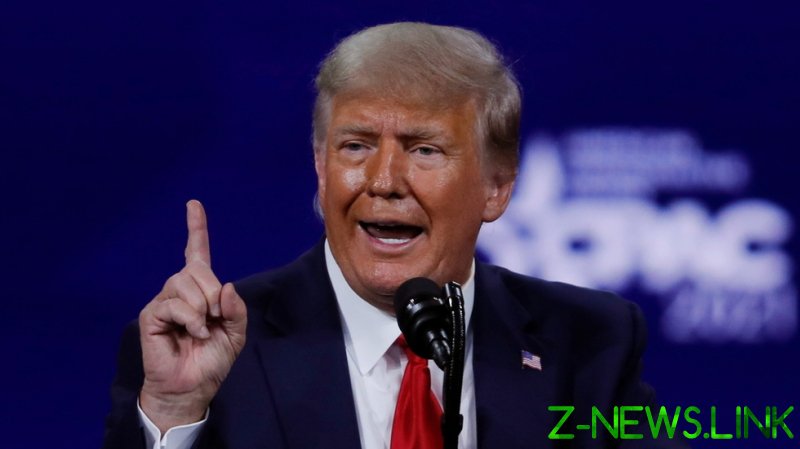 “I wish Joe Biden wouldn’t use September 11th as the date to withdraw our troops from Afghanistan, for two reasons,” Trump said in a Sunday statement.

The first, Trump says, is that the US “can and should get out earlier.”

“Nineteen years is enough, in fact, far too much and way too long. I made early withdraw possible by already pulling much of our billions of dollars of equipment out and, more importantly, reducing our military presence to less than 2,000 troops from the 16,000 level that was there (likewise in Iraq, and zero troops in Syria except for the area where we KEPT THE OIL),” Trump said.

The second reason for the former president is that the date of September 11 – marking the terror attacks on the US that led to the war in Afghanistan in 2001 – should be “remain a day of reflection and remembrance honoring those great souls we lost.”

“Getting out of Afghanistan is a wonderful and positive thing to do. I planned to withdraw on May 1st, and we should keep as close to that schedule as possible,” the former president added.

While Trump originally negotiated a May 1 withdrawal deadline while in office, Biden announced last week after much speculation that September 11 would be the new deadline targeted.

“We cannot continue the cycle of extending or expanding our military presence in Afghanistan, hoping to create ideal conditions for the withdrawal, and expecting a different result,” Biden said at the time of his announcement.

White House national security adviser Jake Sullivan told CNN on Sunday that US objectives had been achieved in Afghanistan it is time to focus on “the next 20 years.”

“The terrorist threat has changed dramatically over the last 20 years,” he said, adding the US must “allocate resources in a way that allows us to protect the homeland against a variety of threats from a variety of countries and continents, not just Afghanistan.”