Home / WORLD / Wayne Dupree: The US media has become a disgrace over the past 4 years. They don’t report news – they manipulate it

Wayne Dupree: The US media has become a disgrace over the past 4 years. They don’t report news – they manipulate it 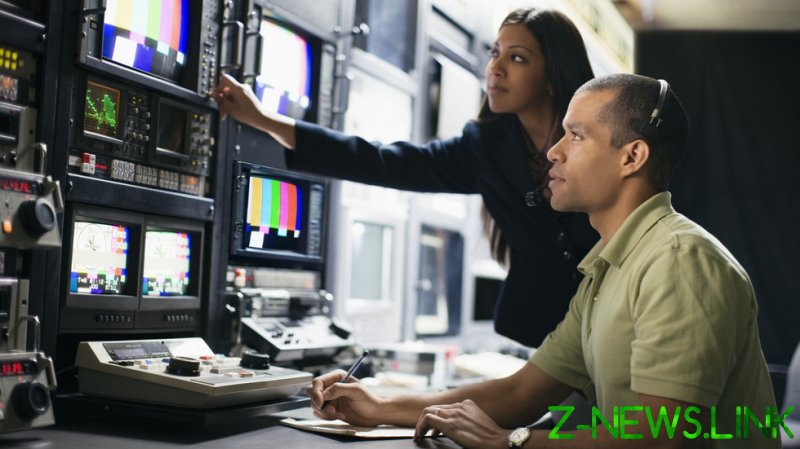 The day after President Trump was elected, I predicted to a friend how he would be one of our most influential presidents so far in history. Not because of a war, not because he was the best at what he did. Simply because he was himself and our media hates him for it.

Politics before this had gotten to the point where most people didn’t pay much attention, and the politicians did as they pleased – the swamp and the media covered for them, providing a safe space for the construction of progressive roadblocks.

Trump may not have been able to empty the swamp himself… but because of him, we see it, and we can finish the job ourselves. His term made more Americans than ever realize the importance of their involvement in this endeavour. It wasn’t Biden that brought more voters to the polls this year. People came to vote for Trump or against him.

Sorting out the mess that is our mainstream media may be more difficult. There’s definitely a bias in the media. And it comes from all sides. Some are worse than others. If there’s a story that really interests me, I try to read articles from both sides and then try to research the actual source of information. I don’t do it often, however, because it takes a lot of time and energy. Overall, though, I have little trust in our media.

Also, keep in mind that 24/7 TV news (aka “cable news”) is lame no matter the political bias/spin they may have. Why? Because it’s the medium: they want you to keep watching so you can keep seeing ads, which is what they’re in the business of selling. To do that, they try to keep you outraged, so you stay tuned in. This is done by everyone; yep, including Fox News.

Still don’t believe me? Our media censored and ignored a very relevant story before the election regarding Hunter Biden. It was done clearly to influence the election in favor of their preferred candidate, his dad. The selectivity bias has reached such extreme levels that the media should instead be considered something of a PR firm. They push narratives that support their political persuasion, rather than report the whole of the news.

While Trump has inadvertently exposed this truth, he has also been widely victimized by it, too. It is alarming to realize that the media’s takeover is one of the first steps to becoming a third-world country – one that is controlled by a few power-hungry people. A caller to Rush Limbaugh’s show the other day described the media together with the liberal Democratic Party as a crime syndicate. I have to agree, sadly. That’s where we are currently in this country.

I really miss the days when the news just told the facts, without their political opinions. Let us make up our minds what to think. Where is Walter Cronkite when we need him?

CBS is running commercials with Norah McDonnell, their evening news presenter, claiming to be a journalist whose job it is to expose the government. But they won’t even ask Joe Biden a searching question, and they have lied like rugs in the past four years. So, no, no commercial or marketing scheme will convince me that they are honest or that they are doing their proper job. They have an agenda, and it is biased AGAINST America.

Over 70 MILLION people voted for Trump. What would happen to CNN, MSNBC, and the others if all of the Trump voters stopped watching these news “services.” They would cease to exist. I don’t like Jim Acosta, Don Lemon, all with a purple passion, and others, so I already refuse to watch CNN. Without viewers, revenue dollars vanish, and eventually these media giants will also vanish. Easy peasy!

The media was liberal before. With Trump, they became loud and obnoxious and nakedly biased. They said Trump was divisive, but they were stoking and causing the divide in our country. Trump’s gifts just brought the liberal media’s true ugliness to the surface and made it obvious to everyone that they don’t report news, they interpret and manipulate it. Now everyone knows which side they are on.

In short, they want to control your life. Trump saved us from Hillary Clinton and gave us four years of freedom that we may never see again. It’s a shame that so many ignorant people voted against him in November because of his caustic personality. He did great things for America.

Although the media wants to hide it, mark down Trump’s accomplishments on this day –  a surging economy (and imagine what it would be like if Covid hadn’t interrupted), low fuel prices, much better trade agreements, peace between several nations in the Middle East, lower taxes, a stronger military, better care for our veterans etc, etc – the list goes on and on. Then take a look back in four years time and see just how far we have fallen. Democratic policies are “divide and conquer,” higher taxes, and burdensome regulations.

Oh, and, by the way, how do we fix this problem with our media? The media only has power because we give them it. There is a simple solution to removing this: stop using their services. I know it’s hard because most people have been conditioned for decades to watch their output, but you have the power to change your direction in life, thus you have the power to forge a new beginning by walking away from the entity that enslaves you for its amusement.