Home / WORLD / Wayne Dupree: The calamity in Afghanistan is down to Biden alone. Can the US cope with three more years of his failures?

Wayne Dupree: The calamity in Afghanistan is down to Biden alone. Can the US cope with three more years of his failures? 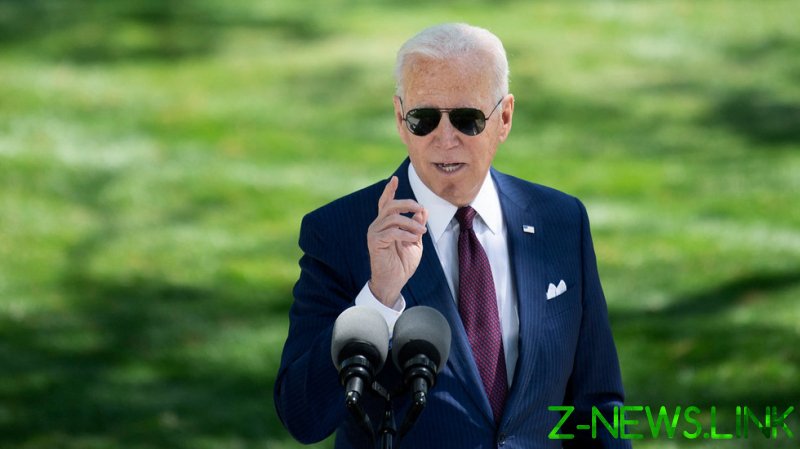 I used to think Joe Biden was incompetent, but he is the most competent president ever…at destabilizing the world. The southern border, Ukraine, the Middle East, now Afghanistan. The question is, why does he do this? Biden has a pattern, and either he is truly incompetent, for whatever reason, or drunk on power.

Why did this man run for president in the first place?

For the past eight months, I have believed that the Biden administration had handlers behind the scenes. But one thing is crystal clear at this point. Joe is calling the shots and leading this administration, and there doesn’t appear to be a single intelligent, free-thinking person involved at all. Many of his senior positions were picked for diversity or as a reward for loyalty, and they have no idea how to handle such serious matters as Covid-19 and the Afghanistan withdrawal.

This is what is known as ‘losing control of the narrative’. Democrats have always been fairly clever at controlling the narrative.  But on this issue and the border, they’ve lost control and are clueless about how to get it back.

You can tell they’ve lost it by the feeble arguments presented by Democrat apologists. To recycle an old line, would you buy a used car from these people?

Given Biden couldn’t even handle the chaos at our southern border, why would anyone expect him to manage a complex withdrawal from Afghanistan effectively? From not supporting the mission on Osama Bin Laden to his handling of the Iraqi withdrawal, which allowed Islamic State (IS, formerly ISIS) to go on the march, Biden has been a complete disaster, and if you are still defending him, you are a danger to yourself.

Notice the language the Biden administration is using: “Any American who wants to come home, we will get you home.” Thus, when they leave countless of our citizens behind, they’ll say, “We got out all the Americans that WANTED to leave.” But how will they know who did or did not ‘want’ to leave? They won’t, of course.

And, of course, if they don’t tell people how many Americans are there, we will never know if everyone got out. What a pile of horse hockey pucks! These people are literally subjecting their own citizens to a death sentence in the name of politics.

Common sense would dictate evacuating American citizens and Afghan allies before closing Bagram and evacuating the troops. In addition, there should have been a plan to avoid leaving billions of dollars in military equipment – planes, vehicles, guns, missiles, ammunition – at Bagram.  The Taliban received a very nice legacy there.

Are we going to be treated to images of the Taliban chasing the last American soldiers out of the airport? Is there a plan for military withdrawal that doesn’t have the Taliban soldiers following behind? How is this going to work? Will sections of the airport fall until a last exit to the tarmac remains? How many valuable resources will we leave behind in this hasty scramble for the exit door?

Reasonable people can debate whether we should or should not be leaving Afghanistan. But now it’s been decided we are, no one can defend the calamity that is unfolding here. It is utterly shameful. The fallout will haunt us for a very long time. We face weeks of stories about those who did not get out and what is happening to them, not to mention the many victory laps the Taliban will be taking.  And that will be just the beginning.

I, for one, don’t want to hear another word from anyone saying, ‘Well, we really needed to get out, it was all going to be messy anyway, so too bad, so sad…’  There is NO defense for what is happening.  N. O. N. E.  The American people’s memory will not be short on this debacle.

The scariest part of all this is that we are only a few months into Biden’s presidency and we have three-and-a-half more years of his catastrophes to look forward to. In just over half a year, we’ve had the border crisis, massive inflation, rampant crime in American cities, handling of the pandemic gone awry, and now the unmitigated disaster in Afghanistan. Multiply the above failings by seven, and that is what we have ahead of us.

As a kid, I remember the malaise under Democratic President Jimmy Carter. That feeling of shame and national impotence.  For more than a generation since, American voters have said ‘never again’.  With younger voters now too young to remember the era (and maybe never learning about it in school), we are now repeating the same mistakes, which hurt even more.

I really don’t know how they can turn around this administration at this point. I really believe Biden is done – and most people surrounding him know it.