Home / WORLD / Wayne Dupree: Nations rise and fall, and America’s now in danger of falling. I’ve never been more pessimistic about its fate

Wayne Dupree: Nations rise and fall, and America’s now in danger of falling. I’ve never been more pessimistic about its fate 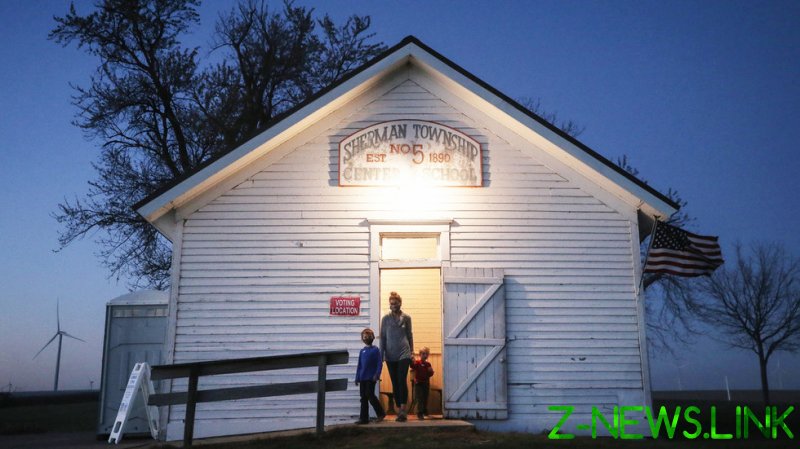 I’m 52 years old and have never been more discouraged about our country than I am now. I’m glad I’m as old as I am, because I pity the coming generations. Nations rise, and, sadly, nations fall. Good luck, youngsters.

America is divided in a way we’ve not seen since for 160 years. Our elections are chaotic, Third World-ish and always in question. ‘Wokeness’ is destroying people’s lives and futures. Political correctness is being deployed as a corrosive, destructive tool by the left.

Censorship and lying are the norms for our so-called media. Propaganda outlets like NBC, ABC, CBS, MSNBC, CNN, and sometimes even FOX, have undermined our democratic system and replaced it with media bias and bigotry against any and every conservative. BLM and Antifa are being fully supported by Democrats and the likes of George Soros.

The teachers’ unions are harming our children’s futures by blackmailing for more money and teaching leftist programs. A man who should be in an old people’s home is signing executive orders placed in front of him by leftists who are continuing to do everything they can to weaken the country. Who would implement directives that purposely harm their own country?

The left is going to destroy voting and elections systematically, just as Rush Limbaugh predicted. If you find it hard to win elections legitimately, why not just get rid of them? They’re so damn inconvenient, after all.

An illustration of what awaits us is the move by the Democrat-led House of Representatives to investigate whether they should remove the legitimate winner of Iowa’s 2nd Congressional District, Republican Mariannette Miller-Meeks, who won the district by just six votes. The race has the distinction of being one of the closest federal elections ever held.

The beaten candidate, Democrat Rita Hart, has begged Nancy Pelosi to look at the election as she felt votes were improperly discarded.

Politico reported, “The House Administration Committee gathered Friday afternoon virtually to finalize the process by which it will adjudicate Hart’s claim, which was filed under the Federal Contested Elections Act. The committee has been largely silent since Hart first made her contest in December, but the hearing suggests preparing to review the matter further. At the center of Hart’s complaint are 22 ballots that her campaign says were improperly rejected.”

How is this even legal? If Congress has the power to ‘judge’ on its members’ elections, then what is the point in conducting elections where citizens vote for their chosen candidate? Contested elections should be decided by their particular electorate and not by people who aren’t even part of the contested district.

In this case, the state of Iowa has certified that Miller-Meeks was the winner and is their representative. The House overturning it would mean stripping the state of Iowa and the people of their right to choose their representatives, in favor of just having the Democrat-controlled House choose whoever they wish – their own, of course. The House should have no say in this.

I think we are witnessing how the socialist takeover will be handled. Democrats don’t like the outcome in Iowa because they didn’t cheat well enough to steal the victory; they twist and bastardize the Constitution until they get what they want.

This is just a first step. The left will not stop until they get what they really need to achieve their complete control – to disarm us. The Second Amendment is in their crosshairs. So wake up, America. What they want is power over you.

Democrats can create these shenanigans over elections because they know they will have cover from a mainstream media which serves as an arm of their party. ‘We the people’ need to focus our attention on the media. As millions of conservatives, we need to be organized to begin a prolonged internet barrage/swarming of all left-wing organizations’ websites, email servers, phones, etc. To be clear, I’m not proposing harm to anyone, just proposing how we as a large group can register customer complaints that can’t be ignored. But it has to be organized and widespread to have the desired impact.

And the hypocrisy of all this Iowa stuff stinks to high heaven. When Republicans cry foul over elections, with proof of corruption and ballot stuffing, they’re labeled as ‘insurrectionists’ for trying to overthrow a certified election. When the Democrats do the same, without any proof, they’re hailed as upholders of justice and democracy.

If that’s how they want to play it, how about we have an independent review of all such disputed elections and the irregularities around them? We could start with Georgia. I think that thorough investigations would produce a shocking number of overturned elections in favor of the usually-non-offending party’s candidates (aka, the Republicans). ​But the chances of the Dems agreeing to any independent inquiry into their dodgy election activities is zero, of course.

Mark my words: The left and the Democrats are the greatest clear and present danger to our country, much more so than Russia or China or any other so-called enemy combined.