Home / WORLD / Wayne Dupree: Goodbye, America – nearly 250 years of being the most free & prosperous nation in history were amazing

Wayne Dupree: Goodbye, America – nearly 250 years of being the most free & prosperous nation in history were amazing 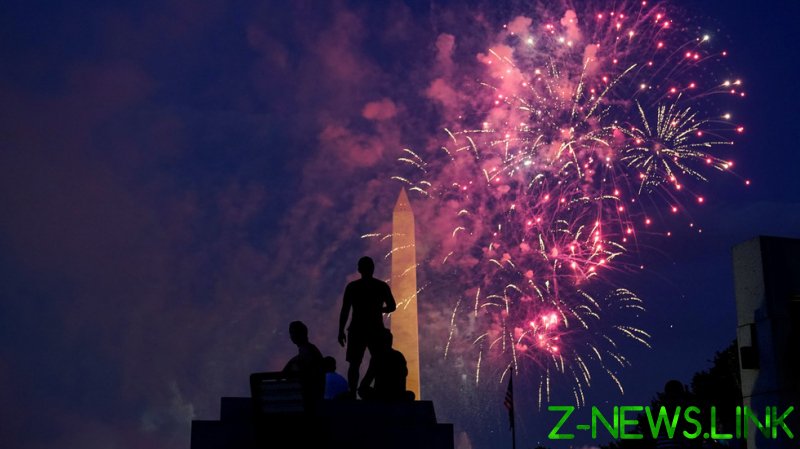 Alejandro Mayorkas, the Homeland Security Secretary, has fired nearly all the members of the Homeland Security Advisory Council (HSAC) so that he can apparently “reconstitute” it once a “new model” has been developed. Sounds familiar, eh? Joe Biden got rid of the Keystone Pipeline and then told the out-of-job workers they would have new jobs later. Just don’t ask when or doing what.

It sure didn’t take long for Mayorkas to seek to blame his advisors for the border tragedy. The carnage sent 32 council members packing. But those poor saps aren’t the problem: Mayorkas is. Him and his boss, Joseph Robinette Biden Jr.

Of course, we should have seen this coming with the new president’s slogan to “Build Back Better”. It’s just that no one expected that we would have to endure going back to the dictatorship of the Obama years, and its destroy-and-conquer modus operandi. I know one thing: I sure don’t like Biden “rebuilding” our county in his doddery image.

This is just another step in a march to Democrat dictatorship. Mayorkas, doing his boss’s bidding, will replace those outgoing council members, who think Al Qaeda and China are the biggest threats to the US, with left-wing liberal ideologues who believe that the biggest threats needing to be quashed and destroyed are the Republican Party, the National Rifle Association, and every other conservative thinker. People who believe that their purpose is to protect the government from the citizens, rather than the citizens from outside threats.

This ‘new normal’ is disguised socialism, and our government is implementing it before our very eyes. They are in control of the FBI, the NSA, the CIA and the military. Their anti-American actions will cause many people in border protection and the armed forces to resign in disgust, while those who stay on but express any hint of concern will be purged. We will end up wide open to our enemies; this administration is selling us all out.

There is a line between setting up a new administration that’s working to a common cause and expunging those who may be extremely efficient at their jobs, but are designated to die because they are considered politically suspect. Although Biden himself probably has no idea what’s going on and does only what he’s told, those who control him and the government have embraced the purge mentality. It’s not about competency, experience, or expertise; it’s all about submitting to the leftist narrative.

I am amazed at how the current administration seems to be able to spin any issue it faces into a racial conflict or a problem leftover/caused by Trump. However, if Trump caused the current border problem, then I’m a white man.

Why are the migrants wearing Biden T-shirts, carrying Biden flags and signs? When the president of Mexico states that the surge began immediately after Biden was sworn in on January 20, I believe it’s difficult to convince people they were crossing our borders illegally because former president Trump left the White House and not because Biden had taken it over. Trump had negotiated an agreement with Mexico to keep families and single people in that country until our immigration officials could vet them. Mr. Biden revoked that agreement and is now trying to convince Mexico to take back the families that came here illegally. Why would they?

They are our problem now. And it’s not President Trump’s fault. Biden was so eager to be the anti-Trump that he revoked all his predecessor’s policies, even those that were successful. A competent leader would not have only built on those wins, he would create some of his own; but no, small-mindedness is the way forward. To failure.

To be honest with you, perhaps Trump should have done the same thing in the early days of his administration and then he wouldn’t have had the many hardships he endured. He had way too many leakers, backstabbers, obstructionists, etc., left over from the Obama administration. He didn’t have an uphill battle to climb, he had a cliff to scale, but still got a lot accomplished. His policies were about building a better America. The current administration is doing nothing but tearing down and destroying it.

The Democrats are sure to have the power for the next two years until the midterms. Then there is hope. But if they succeed in their efforts to change the voting laws and to flood the country with Democrat-voting fodder dependent on entitlement programs, there will be no way to get them out of office. They are shameless in implementing their agenda. Imagine what things will be like when we are unable to kick them out at the ballot box. Democrats will have their knee on America’s throat.

Is it officially ‘game over’? Most likely. There’s a big chance we’ll be a de facto one-party government by the end of Biden’s term, and there’ll be nothing we can do about it (short of a Civil War or state secessions). We had a good run, though. Nearly 250 years of being the freest, most prosperous, most opportunity-filled nation in global history were really quite amazing. We should be grateful and proud to have been a part of this “Great American Experiment”.

The only glimmer of joy I will get from the end of America is the look on Democrats’ faces when they finally realize what we’ve been warning them about for decades… what unchecked liberalism/socialism really looks like and how quickly it can destroy once-great nations and a once-great people.