Home / WORLD / Wayne Dupree: Biden’s new assault on gun ownership won’t solve mass shootings, but it’s not about that – it’s about disarming us

Wayne Dupree: Biden’s new assault on gun ownership won’t solve mass shootings, but it’s not about that – it’s about disarming us 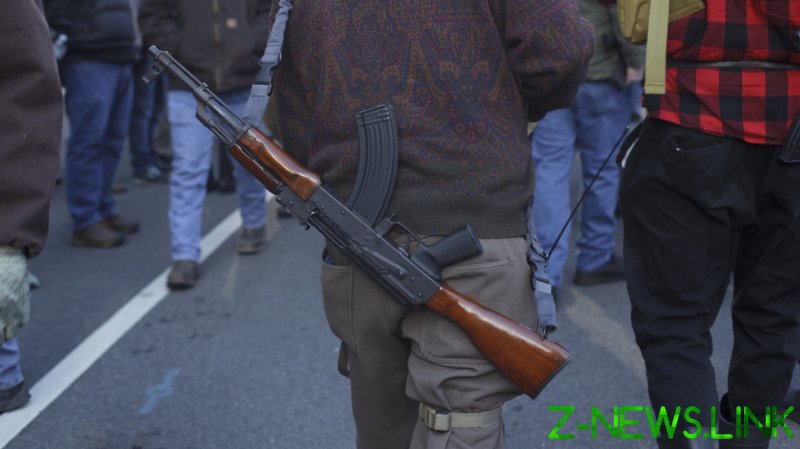 Fresh from solving all the nation’s problems with coronavirus (if only), Joe Biden has turned his sights on enacting new gun controls.

Never one to miss an opportunity, he’s using the recent shootings in Colorado, which killed 10 people including a law enforcement officer, and Atlanta, which left eight dead, to justify new crackdowns on the 72 million-plus Americans who own a weapon.

This week, he called on the Senate to approve two bills passed by the House of Representatives earlier this month that would broaden background checks on gun buyers, and urged a ban on assault-style weapons.

“I don’t need to wait another minute, let alone an hour, to take common-sense steps that will save lives in the future, and I urge my colleagues in the House and Senate to act,” Biden said at the White House on Tuesday.

His press secretary, Jen Psaki, said the president was “considering a range” of executive actions to try to stop gun violence, but did not specify exactly what.

​I’ve got some advice for Biden, who’s been a long-term advocate of “gun safety measures”, but actually deep down favors the removal of our right to own them at all: if you want to do away with firearms, you will need a constitutional amendment to override the Second Amendment. You can tinker around with laws to restrict their ownership, but you can’t do away with them.

I’m not saying anything he doesn’t already know. Biden is playing to the gun control crowd, that’s all. You actually can’t even make laws that restrict the right to bear arms, according to the Second Amendment, if you read it literally, rather than figuratively as the Dems do.

Let’s be plain. Banning or restricting guns will stop shootings, like banning drugs has stopped drug abuse and overdoses? Er, how well has that worked?

​Democrats don’t care about public safety, or they would have tried to clean up places such as Chicago years ago. This is just an excuse to try to register and disarm private citizens and believers in the rights of the Constitution, especially the 100 million Trump supporters, so they will be defenseless to resist once the harsher conditions and repression of socialism begin to be imposed on the public at large.

If Biden were honestly concerned about the wellbeing of American citizens, he would not be letting thousands of illegal immigrants into the country without identification, without vetting, and without being vaccinated.

​According to fee.org, there’s no evidence that increased gun restrictions reduce mass shootings: “Between 1994 and 2004, the federal government banned the manufacture, sale, or transfer of assault weapons and large-capacity magazines. A subsequent Department of Justice study found no evidence that the ban had had any effect on gun violence, and stated that ‘should it be renewed, the ban’s effects on gun violence are likely to be small at best, and perhaps too small for reliable measurement.’”

And then again, there is really no such thing as an ‘assault weapon’. A weapon is any tool used to perform an assault. An AR-15, the semi-automatic known as ‘America’s rifle’, is not a military-grade weapon, as it will not select fire to either a three-round burst or fully automatic. I know – I spent eight years in the military, mostly carrying an M-16.

Just because a weapon resembles another weapon does not make them the same. Assault weapons, as popularly thought of, do not exist. A motorized vehicle is capable of much more destruction than a firearm. So should we ban all vehicles? That would fix everything.

I’ll never understand why the Democrats want to penalize hundreds of thousands of law-abiding, gun-owning citizens. When are they going to do something about the actual criminals who have millions of guns and are killing far more people every single day? You don’t hear about that much, because it’s such a daily occurrence.

​Law enforcement, and our legal system, are almost entirely reactive, not proactive. There is little law enforcement can do until a crime has been committed. And that’s the way it should be. Further, there is very little the government can do to prevent gun crime, because criminals don’t obey the law. The one person ultimately responsible for your safety is YOU. And if you’re an honest, law-abiding citizen and want to personally do something to protect yourself, your family and to reduce gun crime, carry a gun.

​Stumbling, bumbling Sleepy Joe has given our enemies a clear bull’s eye as to America’s rapidly weakening stance on the world stage. Liberalism is the enemy of freedom, and yet, in the voting booths last November, half of the American people said that was what they wanted. America is in rapid decline while we’re busying ourselves with the idea of a cancel-culture society that is too preoccupied with our so-called flaws to remember what it is that once made us the greatest nation the world has ever known. In the meantime, our enemies ready themselves for our ultimate surrender to their might. God help us all, and may God forgive us for this surrender to liberal immorality and ignorance.

More gun control measures are not going to stop the mental health issues that actually cause this problem of mass shootings. Guns don’t kill people. People kill people. Background checks will not catch all the people who will have such mental health issues in the future. Someone may be fine today and go off the deep end next week. When will the government realize it cannot control human nature nor legislate away certain behavior?

​The more I think about it, the more I think Biden should sign an executive order banning him from signing any more executive orders. The track record of the Democrats has been to turn a blind eye to the riots and looting in major cities across America, and their general lack of enforcing the law is appalling. I would be surprised if most of the Covid stimulus checks don’t go on buying more guns and ammo out of self-protection.

​I leave you with this: why does a president who controls the House and Senate need so many executive actions to get something done?