Home / WORLD / Wayne Dupree: Biden has rolled out the red carpet for migrants; they’re not so much illegals anymore as his special guests

Wayne Dupree: Biden has rolled out the red carpet for migrants; they’re not so much illegals anymore as his special guests 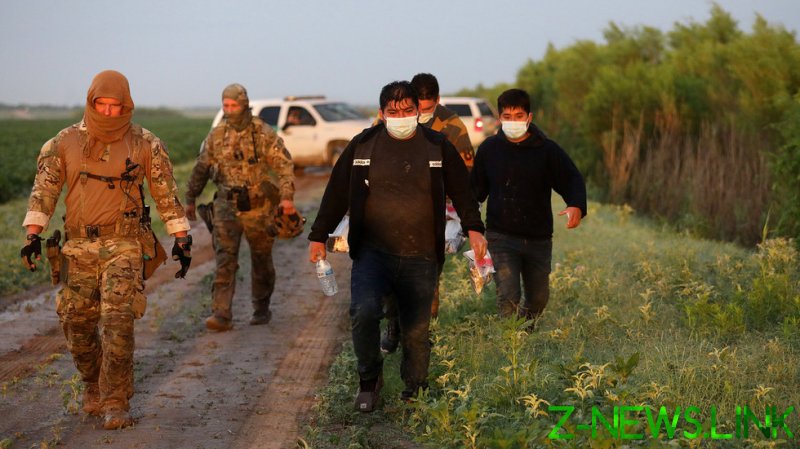 The Biden administration has no interest in solving the border issue. Their actions indicate they are allowing open borders, just as they hinted they would in election debates. Texas needs to take matters into its own hands if it wants solutions.

I’ve had friends on the left tell me they believe Biden is doing this on purpose. It’s easy for us to conclude that the Dems need a new voter base. They also need lockdowns to create the unnecessary ‘need’ for more mail-in voting. Thus, they are allowing thousands of illegals in to fulfill both of these aims at once.

One of Biden’s first actions after walking into the Oval Office was to shut down border wall construction. The globalists are importing low-wage laborers who will, in turn, ensure they have a monopoly on future elections. America’s middle class is being intentionally dissolved.

Why should anyone obey Covid-19 rules when the president of the United States is importing people with the virus and transporting them around the country? At this point, let us stop calling it ‘illegal immigration’, because President Biden is rolling out the red carpet for them.

Thanks to his actions, Mexicans, Guatemalans, Nicaraguans etc, and others from the Middle East and Afghanistan, have flocked to the border in droves. Across the entire southwest border, 210,000 migrant apprehensions were reported for July – a 21-year high.

They are quasi-legal immigrants at this point: they don’t have the proper immigration status to remain in this country, but they didn’t have to sneak in and hide, which is usually what distinguishes illegal immigration from legal immigration. They came here knowing that the door would be opened for them. All they have to do is ‘surrender’ to border patrol. Yes, I get that some are being expelled back into Mexico, but thousands are being fast-tracked into America.

Biden should be impeached for encouraging this during a pandemic. We can’t expect the border patrol to stop everyone from crossing in a remote part of the desert, so there will always be some people making it across. Still, the border is supposed to be closed to anyone caught, not flung open with giant camps set up to welcome everyone.

I realize those camps are not luxury resorts, but they wouldn’t be so overcrowded if the US had a reputation for sending back all illegal border crossers. People wouldn’t be flying to Mexico from overseas if it was a dead end. We’d still get some people fleeing drug cartels or political violence (who may actually need asylum), but not the tens of thousands a month who just want a better job or house.

All the time, we hear from the Biden administration that we must heed the science to halt the spread of Covid. Yet here they are, ignoring pleas on the front lines regarding closing the border to help halt the spread. How does anyone expect us to believe and follow what we are told when our own leadership will not even heed its own advice?

In the event of failing to secure our borders as the constitution and oaths demand of a US president, it is possible to remove the administration via impeachment, if enough governors take a stand against the southern border crisis and use that influence on their elected representatives and senators to vote out the current president and vice president. There is enough evidence to convict Biden, in my opinion.

This entire story about the illegals spreading the coronavirus has been completely ignored by the mainstream media, except where they feel compelled to try to cover up what’s really happening to help Biden, Harris, Fauci & Co.

But even if you believe CNN’s twisted figures (and I don’t), they admit only about 64% of illegal immigrants are sent back to Mexico! So 36% of the more than one million illegals who have turned up at the border this year asking to see Uncle Joe have been allowed to enter our country.

Do not kid yourself – this shows the safety of Americans is not the Democrats’ real priority; it’s all about getting in as many new voters as possible after granting them amnesty before 2022. It’s all about perpetual power for these socialists.

By the end of Biden’s term, it’s estimated there will be at least 12 million illegals here, and that’s a very conservative number. The Democrats are going to make them citizens and, therefore, voters. They don’t care how many Covid deaths, criminal activity, fentanyl deaths, and the out-and-out theft of taxpayer dollars it takes.

Remember this, if you don’t remember anything else: Keeping themselves in power is the goal of the Democrats, no matter who they step on to do it.