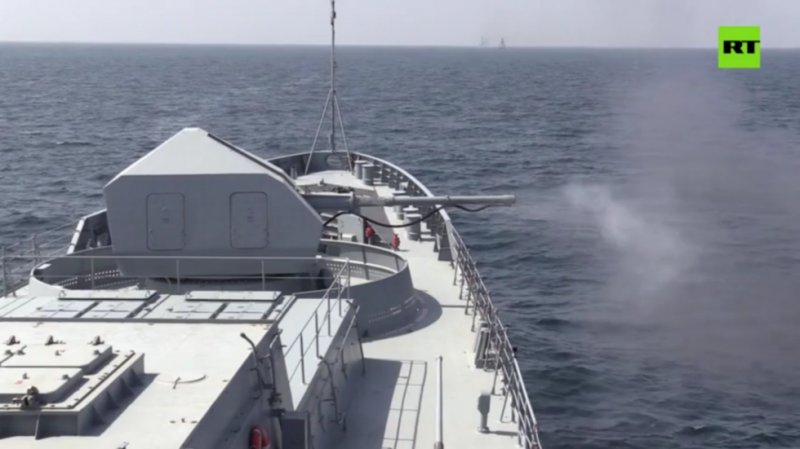 Russia’s Black Sea fleet dispatched the Admiral Grigorovich frigate and the Dmitry Rogachev patrol ship to Karachi to take part in the war games. The former warship carried a Kamov Ka-27PS search and rescue helicopter, which was involved in the aerial part of the training.

Moscow was one of 45 participants in AMAN-2021, though only seven of them, including the host, provided navy assets for the maritime exercises, while the majority of nations were simply represented by military observers.

The exercise is named after the word for ‘safety’ or ‘peace’ in Arabic and Urdu, which is reflected in the event’s motto: ‘Together for Peace’. It is meant to bring together nations that are otherwise not on best terms with each other, to share experience and build trust.

Warships of NATO members like the US and UK sailed in the waters of the Arabian Sea alongside those of Russia and China, marking a rare occasion for the US and its key European ally, training hull to hull with its two designated strategic rivals. Indonesia and Sri Lanka were the other foreign nations that sent ships for the exercises.

Islamabad has hosted the bridge-building maneuvers every other year since 2007; this year’s edition is the seventh.