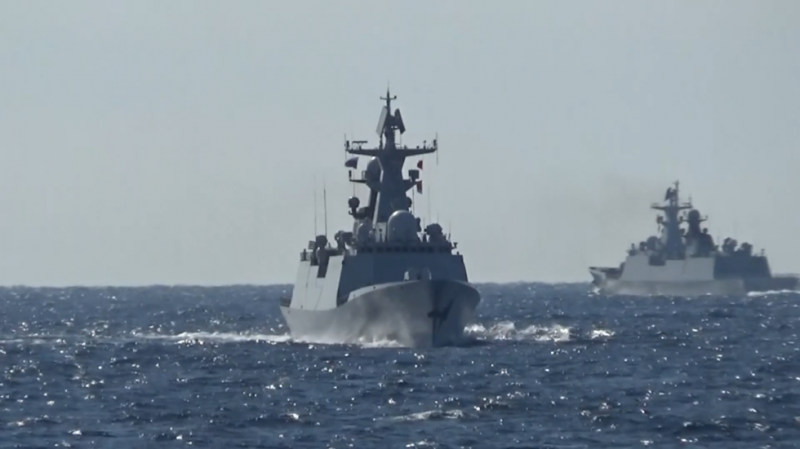 The landmark mission was aimed at maintaining stability in the Pacific region and safeguarding the maritime infrastructure of the two nations, the ministry said. It started last Sunday and successfully concluded on Saturday.

During the patrol, the Russian and Chinese ships sailed through the Tsugaru Strait between Japan’s islands of Honshu and Hokkaido. The Japanese Navy, which monitored their actions, said that the passage was carried out in line with international law and that the country’s territorial waters weren’t violated.

The Russian and Chinese military sailors also worked out joint tactical maneuvering and performed other training exercises along their route.

The patrol group consisted of ten vessels, including two large anti-submarine vessels Admiral Tributs and Admiral Panteleyev from the Russian side and two Chinese destroyers Kunming and Nanchang.

The patrol followed joint drills of the two navies in the Sea of Japan last week, which saw them conducting artillery drills, practicing mine defense among other things.

Tensions have been on the rise in the Pacific recently, with the US being increasingly concerned by China’s growing influence in the region. The Americans and their NATO allies have been sending warships on patrol missions in the area, despite China slamming those moves as provocative and undermining regional stability. Washington has also been actively backing the independence push of the Chinese island of Taiwan.

Last month, the US, Australia and the UK signed the so-called AUKUS pact with the aim of arming Canberra with nuclear-powered submarines, which also caused concerns in Beijing.