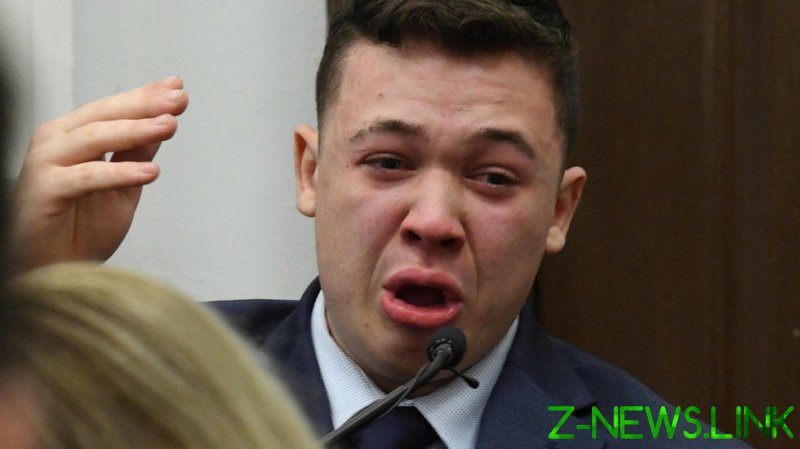 Rittenhouse took to the stand on Wednesday, in a last attempt to convince jurors that he acted in self-defense when he shot 36-year-old Joseph Rosenbaum and 26-year-old Anthony Huber dead and injured 27-year-old Gaige Grosskreutz during violent protests in Kenosha, Wisconsin, last year.

Rittenhouse’s story was a familiar one, backed up by multiple witnesses over the last week and a half of testimony. The teen said he’d shot Rosenbaum when the 36-year-old lunged for his weapon, screaming racial slurs and threatening to murder him. He shot at, but missed, an unknown assailant, who “would’ve stomped my face in if I didn’t fire,” shot Huber when the 26-year-old hit him with a skateboard and grabbed his gun, and pulled the trigger on Grosskreutz when Grosskreutz pointed his pistol at him.

Rittenhouse broke out in tears as he described shooting Rosenbaum, prompting Judge Bruce Schroeder to call a short recess.

“I was freaking out [and[ my head was spinning,” Rittenhouse said of the moments after the shootings, before describing how he left the scene and turned himself in to police an hour afterwards.

Assistant District Attorney Thomas Binger then grilled Rittenhouse, but chose some unusual lines of questioning. After being admonished by Schroeder for questioning why Rittenhouse remained silent in the months since the shootings, as is his Constitutional right, Binger focused on why Rittenhouse owned an “AR-15” over other weapons like pistols or shotguns. Rittenhouse explained to Binger that state law prohibited him from owning pistols, but allowed him to carry – but not buy – a rifle like an AR-15.

Rittenhouse admitted that he bought the gun because it “looked cool.”

Binger then asked Rittenhouse if he played “Call of Duty,” asking the defendant: “Isn’t one of the things people do in these video games try and kill everybody else with your guns?”

Binger soon landed himself in trouble with Judge Schroeder again, however, when he insinuated that Rittenhouse was armed because he “wished” to shoot looters and shoplifters.

Binger and his team have faced a difficult time over the last week and a half, with their own witnesses testifying that, based on their recollection, Rittenhouse had acted in self-defense. Some legal pundits have observed that numerous slip-ups by the prosecution have opened the possibility of a mistrial.

Schroeder appeared to threaten to call a mistrial should Binger make any more “grave constitutional violations” but, for the time being, Rittenhouse’s fate lies in the hands of the jury. He faces charges of first-degree homicide and reckless endangerment and, if found guilty, could be sentenced to life in prison.