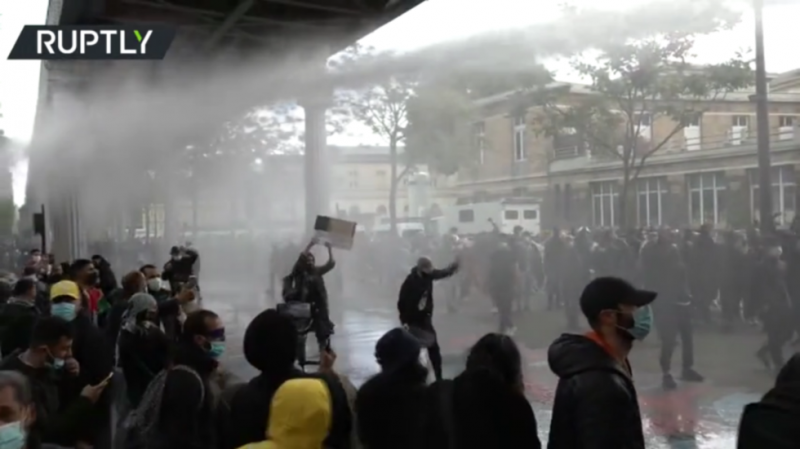 The rally was banned by authorities amid concerns of “risks of disturbances to public order.”

The organizers said they will march anyway to show solidarity with the Palestinians during the most recent armed confrontation between Israel and the Gaza-based militant group Hamas.

Around 4,200 police officers were deployed to manage the rally.

Hamas began firing rockets at Israeli cities on Monday, to which the IDF responded by bombing multiple targets in Gaza. The cross-border attacks led to civilian casualties on both sides. The escalation was preceded by clashes between the Palestinians and Israeli police at the Al-Aqsa Mosque and in East Jerusalem.