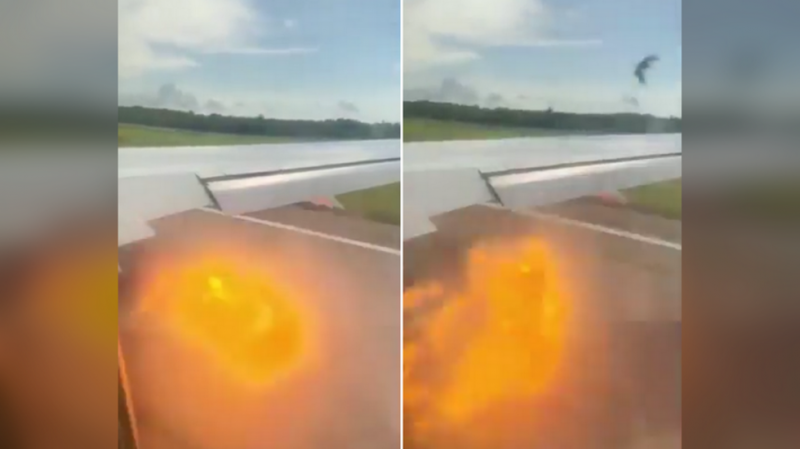 Flight ZF 556, belonging to the Russian carrier Azur Air, was departing from the popular Cuban tourist hotspot of Varadero on Thursday when the incident happened.

One of the Russian tourists, returning from Cuba to Moscow, was taking video as the Boeing-767-300 aircraft was taking off from the airport. It captured the moment when two large birds – apparently eagles – hit the starboard wing of the aircraft.

One of the birds collided with the wing, getting thrown into the air, while another went straight through the engine to meet its fiery demise. Reports in the Russian media said that yet another eagle collided with the jet’s nose cone, badly denting it.

With the plane sustaining severe damage, the flight had to be aborted immediately. The aircraft also reportedly suffered a burst tire during the emergency braking.

“The incident occurred during flight ZF 556’s takeoff run. In order to ensure safety, the commander decided to abort takeoff, and the aircraft safely returned to the parking area,” a spokesperson for Azur Air told Russian media.

Unlike the eagles that apparently did not survive the encounter, no one was injured on the plane.

As the plane was deemed unfit for service after the incident, a reserve aircraft has been sent to Varadero to pick up the passengers. The tourists have been temporarily accommodated at a local hotel.