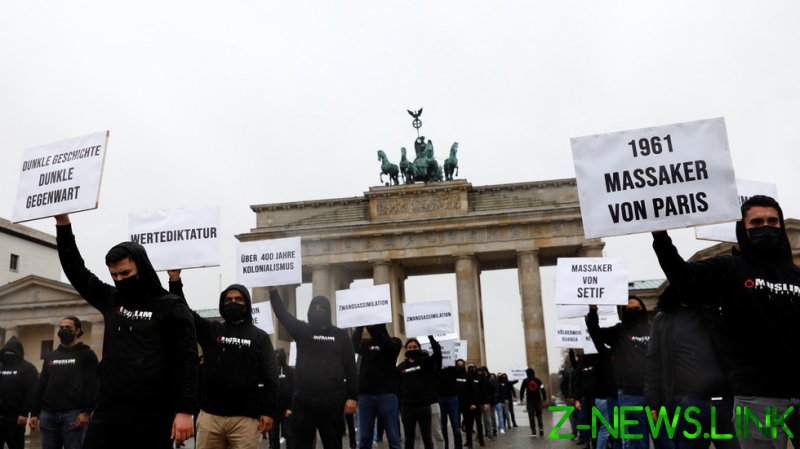 The crowd held a roughly 30-minute demonstration in the city’s Hermannplatz, to protest against the showing of cartoons of Islam’s Prophet Mohammed across France, as well as Macron’s ongoing crackdown on Islamism.

Tensions within French society have been ramping up in the wake of the beheading of school teacher Samuel Paty earlier this month, after he’d shown his history pupils Charlie Hebdo cartoons depicting the prophet.

There was a heavy police presence in the area and the protest passed without incident. It took place just hours after the terrorist attack in Nice in which three people were killed, two of whom were decapitated.

On Friday, protesters from the Muslim Interaktiv organisation also gathered outside the French Embassy in Berlin following the deadly knife attack. The group paraded around the German capital, carrying banners reading “Not Islam but France is in crisis!” during the demonstration. 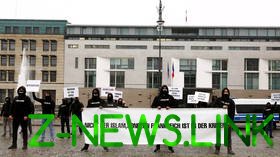 Protesters from the Muslim Interaktiv organisation demonstrating in front of the French Embassy in Berlin on Friday. © REUTERS/Michele Tantussi

Earlier this week, French satirical magazine Charlie Hebdo published a satirical caricature of Turkish President Recep Tayyip Erdogan, fanning the flames of an ongoing diplomatic spat between the leaders of France and Turkey.

However, in a reconciliatory gesture President Erdogan offered his condolences to the Nice victims and their families.