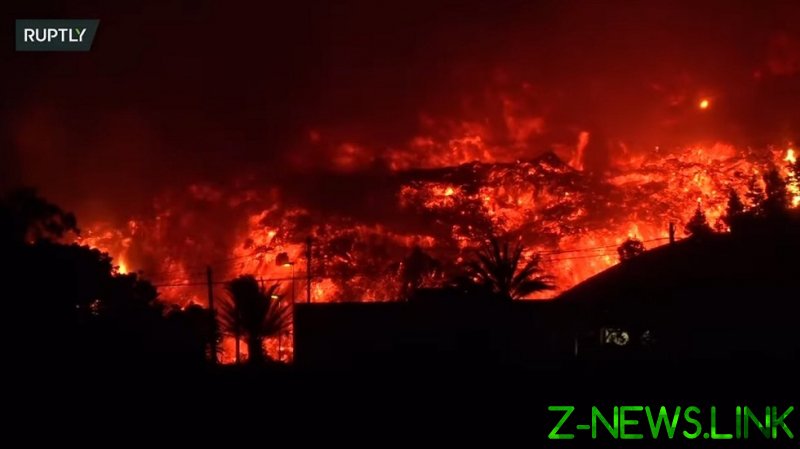 Over 5,000 residents have been evacuated as molten lava swallowed up 100 residences on the island of La Palma, after the volcano located in the Cumbre Vieja National Park erupted on Sunday, for the first time since 1971.

“We’re not expecting any other eruption,” Ángel Víctor Torres, president of the Canary Islands government, told SER radio. “There will be considerable material damage,” he said, adding that the authorities hope there won’t be any loss of life.

“The lava probably won’t take any lives but it will destroy everything it encounters,” Nemesio Pérez, scientific coordinator at the Canary Islands Volcanology Institute, told the outlet. The institute said that lava was moving at 700 meters per hour.

La Palma is the northwestern-most of the eight major islands in the volcanic archipelago, stretching into the Atlantic from about 100 kilometers west of the Moroccan coast. The eruption opened two fissures, about 200 meters apart, sending the lava west through a major population center on the island.

A wall of lava six meters high is “consuming houses, infrastructure, crops in its path to the coast,” Mariano Hernández, the mayor of Cabildo, told the Spanish news agency Efe.

Almost 200 Spanish troops were deployed to the island to assist with evacuations, while PM Pedro Sanchez canceled his trip to the UN General Assembly session in New York to visit the affected area.