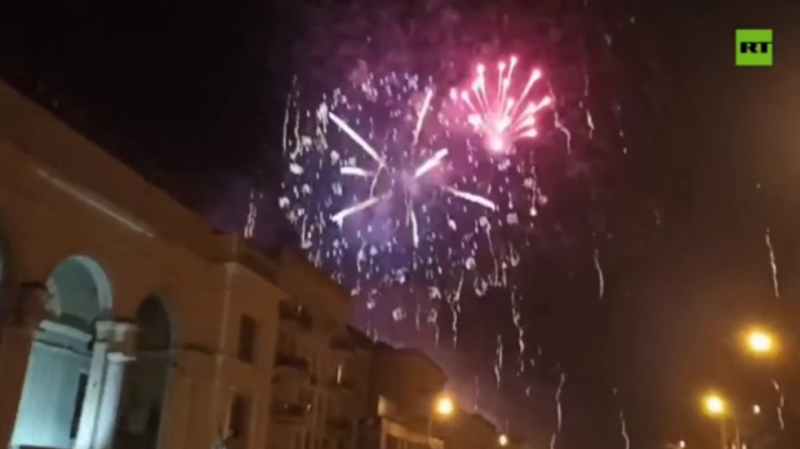 Street celebrations broke out in breakaway republics, which Ukraine claims as its own territory, late on Monday after President Vladimir Putin said Moscow will “immediately recognize the Donetsk (DPR) and Lugansk (LPR) People’s Republics.”

Footage from the scene shows fireworks lighting up the skies above Donetsk, which has been the capital of the DPR for nearly eight years.

Celebrations began in Lugansk as well, with a large column of cars spotted driving through the city with the flags of the breakaway republics and Russia on display.

Putin’s decision comes amid the ongoing escalation between the Ukrainian forces and the two breakaway republics. Since Thursday, both the DPR and LPR have reported heavy shelling by Kiev’s forces, as well as multiple incidents they’ve branded “terrorist” attacks on infrastructure by Ukrainian saboteurs. Top officials of the two republics alleged the escalation looked like a prelude for an all-out assault by Kiev. 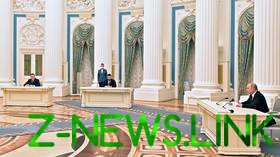 Ukraine, however, rejected the allegations, insisting it has had zero plans to retake the breakaway regions by force. Kiev also claimed that the shelling and saboteur attacks have been staged by the forces of the rebel republics themselves, as “false flags” to frame Ukraine for the escalation.

Donetsk and Lugansk broke away from Ukraine back in 2014, following the Maidan coup in Kiev, which overthrew the democratically elected government. The rebellion in the country’s east turned into an armed conflict, the most violent phase of which was halted in 2015 with an armistice signed in Minsk, Belarus.

Kiev authorities have not actually implemented anything envisioned in the Minsk agreements, clearly showing that they only seek to end the conflict by force rather than through negotiations, Russia’s president said in his address on Monday evening, announcing the recognition of the two republics.

“They are not interested in peaceful solutions – they want to start Blitzkreig,” Putin claimed. “Every day they are amassing troops in the Donbass.”