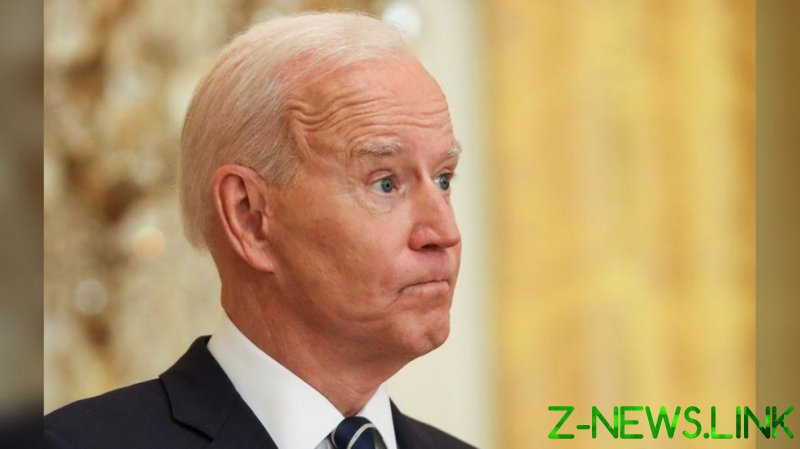 Speaking on Thursday at his first formal press conference since taking office – having taken almost twice as long as any president in 100 years to invite reporters to ask questions – the 78-year-old Biden at times struggled to express his thoughts, particularly on the filibuster. At issue was the longstanding Senate rule that makes it more difficult for the ruling party to force through partisan legislation, which Democrats have called for eliminating now that they control the White House and both chambers of Congress.

Asked about the issue, Biden began, “I believe we should go back to what existed when I came to the Senate 120 years ago” – a statement that supporters defended as a joke. He then noted that there were only 58 filibuster motions in 54 years, through 1971, but five times that many in 2020. He may have forgotten that all of last year’s motions came from his party, which was then the Senate minority.

“Do you think he knows?” former Wisconsin Governor Scott Walker asked on Twitter. “He’s either cynical or incompetent.”

Biden said he supports reform, such as requiring opposition senators to actually deliver marathon filibuster speeches to block action on a bill, and spoke of his desire and ability to “get things done” in the Senate. But then the mental wheels appeared to come off.

“The best way to get something done, if you hold near and dear to you that you uh, um like to be able to uh… anyway,” Biden said. “I, we’re going to get a lot done. And if we have to, if there’s complete lockdown and chaos as a consequence of the filibuster, then we’ll have to go beyond what I’m talking about.”

After agreeing with a previous statement by former President Barack Obama that the filibuster is “a relic of the Jim Crow era,” meaning it’s racist, Biden was pressed on why he wouldn’t therefore abolish it. After a long pause, Biden said, “Successful electoral politics is the art of the possible. Let’s figure out how we can get this done and move in the direction of significantly changing the abuse of even the filibuster rule, first. It’s been abused from the time it came into being by an extreme way in the last 20 years. Let’s deal with the abuse first.”

Apparently mystified by Biden’s comments, the reporter asked if that meant he was moving closer to eliminating the filibuster. “I answered your question,” he replied.

The performance likely did little to inspire confidence at a time when Biden was perceived by many to be avoiding being put in a position to have to speak off script. A Rasmussen Reports poll earlier this month found that 50 percent of Americans aren’t confident that Biden is physically and mentally fit to be president, and 52 percent were troubled that he hadn’t held a press conference. It took until day 65 of his administration to hold a presser.

Conservatives didn’t mince words in reaction to Biden’s mental stumbles. “The president of the United States has dementia,” author and Blexit founder Candace Owens said. One of her followers posted a clip of Biden’s filibuster comments, saying, “If this isn’t dementia, I don’t know what is.”

Some Republicans took issue with the substance of Biden’s comments – to the extent that they could understand what he was saying.

“Senator Biden was a relentless defender of the filibuster, but now that President Biden looks in the mirror and sees FDR, he’s keeping the door open for a complete 180 to blow up the institution he spent four decades defending,” Senator Ben Sasse (R-Nebraska) said in a statement.