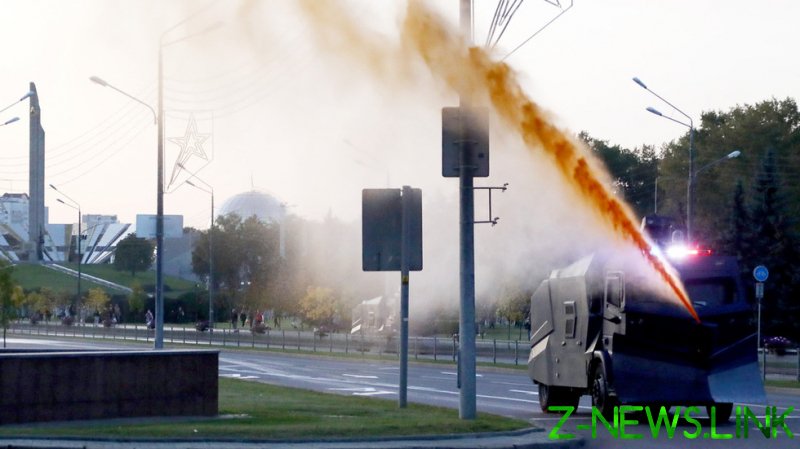 Footage emerging from the Belarusian capital shows a massive fountain gushing out of a speeding blue armored truck. The torrent of water was directed vertically into the air, instead of being aimed at the demonstrators, who had once again come out onto the streets to demand the resignation of longtime President Alexander Lukashenko.

Some people online have dubbed these police vehicles ‘Blue Whales’, and the truck’s strange behavior made its resemblance to a gigantic sea mammal even more striking.

This was unlikely to be a new tactic invented by Belarusian law enforcement, as the water cannon ended up soaking the riot police officers around it.

Reports from local media suggested that the truck malfunctioned after the demonstrators managed to damage it by removing a canister filled with a coloring liquid.

Throughout the demonstrations, which have been underway in the country since the presidential election on August 9, the Belarusian police’s water cannons have been using color to leave a mark on protesters.