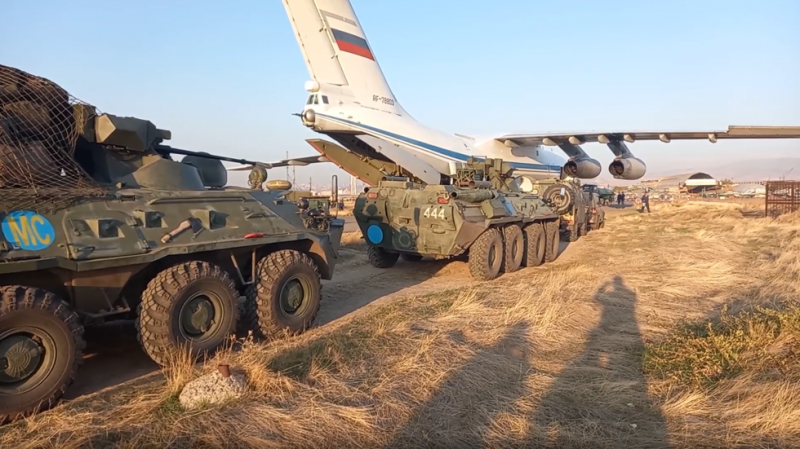 The armistice between Armenia and Azerbaijan went into effect at midnight Moscow time on Tuesday. So far, twenty Il-76 military transport aircraft have landed in Yerevan, carrying over 400 members of the 15th Peacekeeping Brigade and their equipment.

The Russian Defense Ministry has confirmed on Wednesday night that first military convoys were already en route to set up observation posts along the line of contact and the “Lachin corridor,” the road connection between Nagorno-Karabakh and Armenia proper.

Under the terms of the peace deal, some 1,960 Russian troops and hundreds of vehicles will replace Armenian forces in Nagorno-Karabakh.

The troops are part of the 15th Separate Motorized Rifle Brigade, designated peacekeepers from the Central Military District. Their command post will be at ​​Stepanakert, the regional capital.

Tuesday’s deal is supposed to end the six weeks of fighting over the disputed region, in which Azerbaijani forces have made significant advances into territory held by ethnic Armenians since 1994. Nagorno-Karabakh is an ethnic Armenian enclave that seceded from Azerbaijan in 1991, during the collapse of the Soviet Union. The conflict had been largely frozen for decades until it flared up again in late September.