Home / WORLD / Washington to let Julian Assange serve sentence in Australia if convicted after extradition to US, legal document shows

Washington to let Julian Assange serve sentence in Australia if convicted after extradition to US, legal document shows 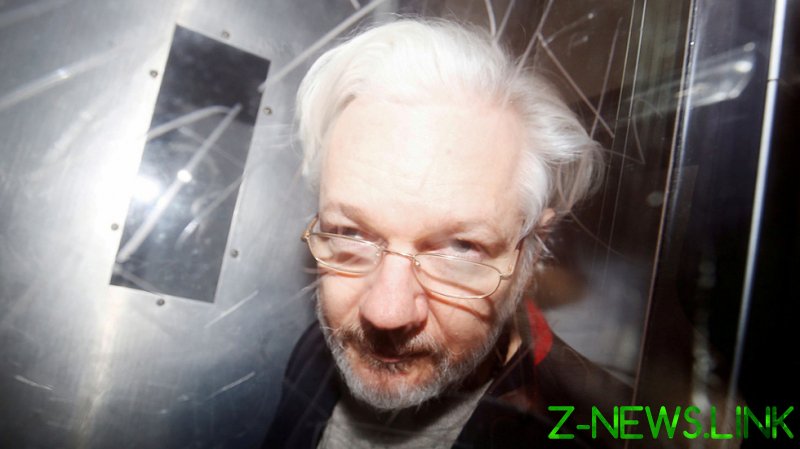 The US government has begun its appeal against an initial decision by a UK court that denied a request to extradite Assange, claiming there was a high risk he would commit suicide if handed over to American law enforcement.

At the start of the two-day hearing in the High Court in London, in an attempt to address concerns about allowing his extradition, the US said it would allow him to serve any sentence in his homeland. “The United States has provided an assurance that [it] will consent to Mr. Assange being transferred to Australia to serve any custodial sentence imposed on him,” a legal document submitted by US government lawyers stated.

Earlier this year, the US government claimed it was “extremely disappointed” that UK District Judge Vanessa Baraitser had rejected its attempts to extradite the WikiLeaks co-founder to face charges because she was of the view that he would be likely to take his own life in a maximum-security facility. The US has since stated that he would not be held in the highest-security prison.

Assange was detained in the UK in 2019 after skipping bail and spending seven years inside the Ecuadorian Embassy in London, following an attempt by Sweden to extradite him to face allegations of sexual assault, which were later dropped. Assange had argued that the Swedish extradition request was simply to allow America to eventually detain him over publishing classified documents about the wars in Afghanistan and Iraq.