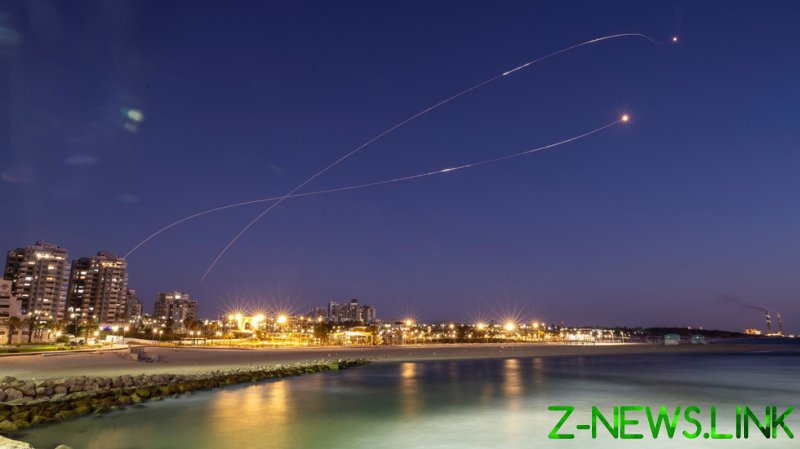 Proposed by Paris on Wednesday, the draft resolution voices “grave concern at the escalation of violence” in the Gaza Strip, calling for an end to the fighting while condemning all attacks on civilians, including “indiscriminate firing of rockets against civilian areas”, though stopped short of citing any party by name.

The proposal also urges a long-term, peaceful resolution to the Israeli-Palestinian conflict, reiterating support for a two-state solution, which would see the creation of a Palestinian state that includes both Gaza and the West Bank – which are currently under Israeli blockade and military occupation, respectively – and East Jerusalem as its capital.

However, Washington, a close ally to Tel Aviv, quickly rejected the French draft, with a spokesperson for the American UN mission saying “we are focused on intensive diplomatic efforts underway to bring an end to the violence” and “will not support actions that we believe undermine efforts to de-escalate.” They did not elaborate on how the resolution would impede work toward a ceasefire.

The resolution would require nine ‘yes’ votes to pass in the 15-member Security Council, while a veto from France, Russia, China, the UK or the US could kill the proposal.

The American statement echoed previous comments from the US mission, which has repeatedly blocked efforts to issue a joint Security Council statement condemning the violence and calling for calm. US officials have referred to work “behind the scenes” to achieve a ceasefire, but it remains unclear exactly what actions have been taken since the latest round of violence erupted last week. While a Tuesday report in Politico suggested Washington had helped to avert a ground invasion by Israeli forces and facilitated talks with Egyptian mediators, the outlet cited only one unnamed source.

US President Joe Biden has endorsed Israel’s “right to self-defense” several times during the current flare-up, saying little of civilian casualties inflicted by the Israeli military. However, during a call with Israeli Prime Minister Benjamin Netanyahu on Wednesday, the president said he expects “a significant de-escalation today on the path to a ceasefire,” stepping up previous comments that merely voiced “support” for an end to the fighting.

The call appeared to have little effect on Netanyahu, who on Wednesday again thanked Biden for supporting Israel’s “right to self-defense,” making no mention of the president’s demand for a ceasefire while saying he is “determined” to continue the military operation in Gaza.

Fighting between Tel Aviv and Palestinian militants raged on for a tenth day on Wednesday, with the Israeli Defense Forces (IDF) tweeting out a steady stream of targets it struck throughout the afternoon, claiming some 200 rockets had been launched from Gaza. The military said it bombed sites in Shuja’iyya, Beit Hanoun, Jabalya, Khan Yunis and Rafah – all located in Gaza – as well as the Israeli city of Nazareth, saying it struck “terrorist compounds,” rocket launch installations and the homes of senior Hamas commanders. It also shared footage of some of the strikes.

At least 219 Palestinians have been killed since fighting erupted last week, including 64 children, according to the Gaza Health Ministry, with more than 1,500 wounded by Israeli strikes and short-falling Hamas rockets. Israeli officials say 12 citizens have perished, among them two children and a soldier.

In a statement on Wednesday, Dr. Muhammad al-Attar, who heads the Emergency Medicine Department at the Gaza Health Ministry, said the agency had launched an “emergency plan” to deal with “mass casualties” overwhelming the territory’s hospitals.

Around 450 buildings in Gaza have been destroyed or severely damaged in Israeli air raids, including apartment blocks and media offices, as well as six hospitals, nine health clinics and the Strip’s primary coronavirus testing and vaccination site, according to the United Nations.

Fighting erupted last week on the heels of heated protests over looming evictions for Palestinian residents of East Jerusalem, which prompted harsh crackdowns by Israeli security forces and saw hundreds injured in the resulting clashes. An Israeli police raid on Al Aqsa mosque, one of the holiest sites in Islam, served as a major flash-point, with Hamas firing its first volley of rockets after the incursion.