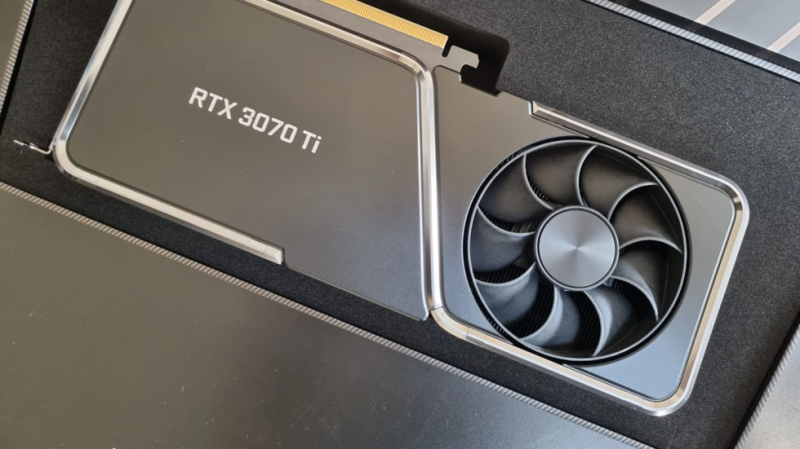 Three warehouse workers in Russia have been arrested for stealing a batch of Nvidia RTX 3070 TI graphics cards worth over $35,000 and for trying to sell them off to local pawn shops.

The three suspects worked at a Wildberries warehouse in Podolsk, Russia and were caught on security cameras breaking into the storage area by pretending to be collecting an online order. Security footage of the daring heist has since gone viral on social media as it shows the three men nonchalantly stealing an entire batch of 20 high-end graphics cards.

Despite the successful heist, the trio were soon apprehended by police when they tried to sell off the highly sought-after cards to local pawn shops, as one suspicious shop owner reportedly felt something was off when the suspects tried to sell the cards at half the price, and alerted local authorities.

It’s unclear how many of the GPUs the trio were able to pawn off, but according to Russian authorities all the cards in their possession were retrieved.

The news drew particular attention on social media as the heist occurred amid a worldwide shortage of video cards, while Russians have been facing increasing difficulty in acquiring high-end computer components due to the sanctions imposed on the country and the mass exodus of manufacturers in light of the ongoing military conflict in Ukraine. The stolen RTX 3070 TIs are currently worth around $1,900 in Russia, while the same card can be bought in the US for about $500-700.