WaPo issues huge correction to story on Trump’s pressuring of Georgia election official, says he was misquoted, but resumes attack 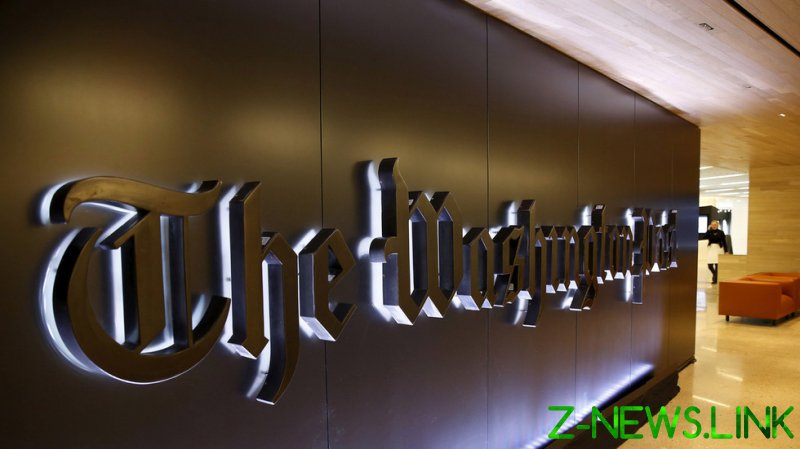 The reported claims that Trump had told the state’s top elections investigator to “find the fraud” behind Joe Biden’s election victory, and that she would be “a national hero” if she did, were completely false, the Post admitted. The newspaper said the error came to light when Georgia’s secretary of state released an audio recording of Trump’s December telephone call with investigator Frances Watson.

Instead, the Post said, Trump had urged Watson to scrutinize ballots in Fulton County, Georgia and said she would find “dishonesty” there. He added that she had “the most important job in the country right now.” Georgia was one of several swing states where Trump alleged that Biden had stolen the November 3 presidential election through fraud.

The Post’s false reporting about the call was part of the basis for allegations by media outlets and Democrat politicians that Trump had illegally sought to overturn Biden’s election victory in Georgia by pressuring state officials. In fact, some members of Congress sought to cite Trump’s tactics in Georgia as one of the articles of impeachment that would be brought against him in January. The case instead focused on Trump’s alleged incitement of the January 6 Capitol riot, but House Democrats cited the Post’s reporting in their indictment.

While the January 9 article about Trump’s call with Watson got much attention – and was touted as a possible case of obstruction of justice – the correction almost went unnoticed. It was issued on March 11 and appeared to be ignored until Mediaite journalist Marisa Sarnoff posted a story about the correction on Monday.

Social media users pointed out that the error marked one of many falsely reported mainstream media attacks on Trump over the past five years and, like other explanations, the Washington Post’s little-noticed correction came out long after the damage was done.

In this case, many conservatives believe that damage may have included influencing a special run-off election in Georgia that tipped control of the Senate to Democrats. “The Washington Post made sure not to issue their correction until well after the Senate changed hands, thanks to Georgia,” journalist Jack Posobiec said.

Conservative writer Mark Hemingway called the correction, which the Post blamed on information from a source, “beyond serious.”“There’s zero accountability in major corporate media anymore, yet they continually insist that they’re the ones holding the line on the truth,” he said. “And always remember what should scare you about the media is what doesn’t get exposed.”

But the Post apparently wasn’t feeling repentant when its reporting on Trump’s call with Watson didn’t line up with the audio recording. In fact, the newspaper used the tape as the basis for a separate article declaring that, “New audio reinforces Trump’s blatant pressure campaign to overturn the election.”

While the audio does reveal Trump strongly encouraging Watson to probe the situation in Fulton County and insisting that he won the state, Hemingway called the new WaPo headline “maliciously anodyne.” He added that a more honestly titled story on the recording would say, “Trump’s remarks grossly misrepresented across media because we credulously fall for political ops.”