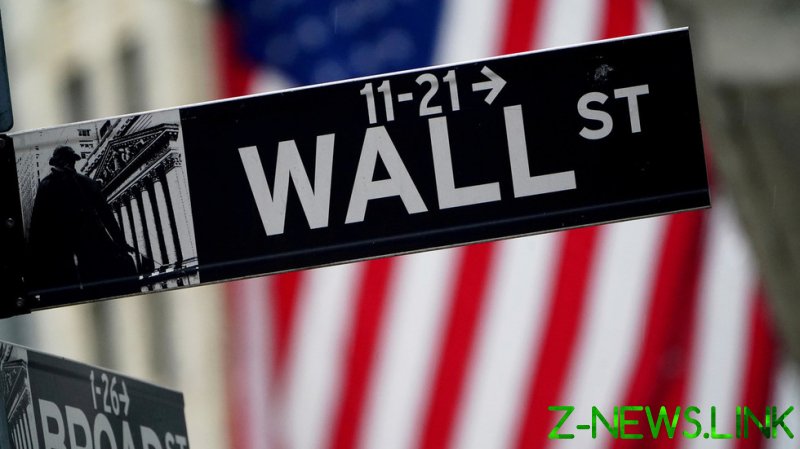 Goldman Sachs alone liquidated $10.5 billion worth of stocks in block trades on Friday, Bloomberg reported citing the investment bank’s email to clients. The first batch, that included $6.6 billion worth of shares of Baidu, Tencent Music Entertainment Group and Vipshop Holdings, was sold before the market opened on Friday. Later that day, the bank reportedly managed the sale of $3.9 billion worth of shares in American media conglomerates ViacomCBS and Discovery, as well some other companies, such as Farfetch, iQiyi and GSX Techedu.

Another US investment bank involved in the block trades, which are believed to have wiped $35 billion off affected firms’ valuations in just one day, was Morgan Stanley. The investment bank offered two batches of shares worth $4 billion each on Friday, according to the Financial Times.

While block trades, when sellers are looking for buyers for large volumes of securities at a price sometimes negotiated privately between the two parties, are a common thing, the scale of Friday’s moves raised eyebrows.

Senior vice president at Wealthspire Advisors, Oliver Pursche, called the move “highly unusual,” adding that the market participants are now wondering if another wave of block trades could hit the market on Monday and Tuesday, causing wild price swings in the affected stocks.

Another issue is the unclear nature of those trades. Goldman Sachs explained the sales with “forced deleveraging,” the Financial Times wrote citing people with knowledge of the matter. The outlet also said that the move could indicate that a big hedge fund or family office faced some serious problems.

Meanwhile, CNBC reported the selling pressure in some US media and Chinese stocks was linked to the forced liquidation of positions held by family investment office Archegos Capital Management. The lack of details about the move makes the situation worrisome, Pursche said, as investors don’t know “whether this was the liquidation of just one fund or more than a fund, or whether it was a fund liquidation to begin with and the reason behind it.”