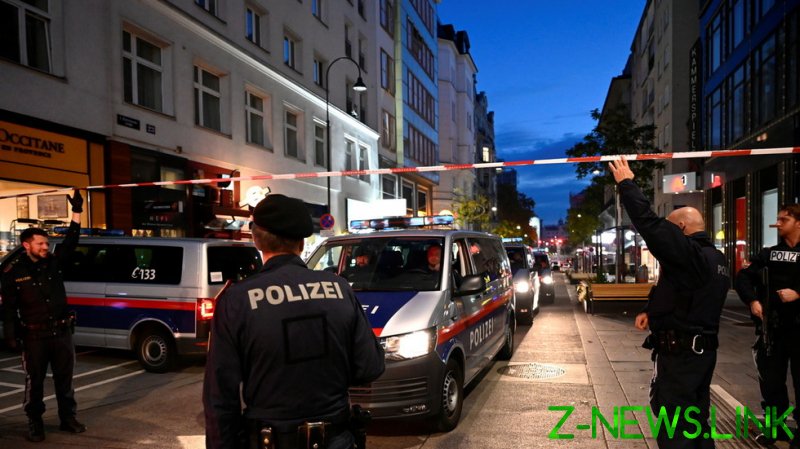 Austrian Chancellor Sebastian Kurz has confirmed that one more person has died, bringing the civilian death toll in the recent Vienna attack to four.

The fourth victim was a woman, Austrian media reported, citing the country’s interior ministry. A total of 14 people have been injured, some of them seriously, according to Kurz.

Gunmen opened fire on Monday evening outside the city’s main synagogue. They then proceeded to shoot bystanders in several other locations and exchanged fire with police. One of the attackers was killed in a shootout with security forces, while at least one of his accomplices remains at large.

Interior Minister Karl Nehammer revealed on Tuesday morning that the killed assailant was an “Islamist terrorist” with links to IS, while police said that he had a dummy suicide vest.

Nehammer told the Austrian Press Agency that the perpetrator has been identified as 20-year-old Fejzulai Kujtim. He said that the terrorist was sentenced to 22 months in prison in April 2019 for trying to travel to Syria and join Islamic State fighters. The young man was released on parole in December, however.

Nehammer said that police searched 15 houses across Vienna and the town of St. Poelten, not far from the capital, and several people were arrested. Meanwhile, the media outlet Kurier reported that two people were detained in St. Poelten, citing police.