‘Very business-like’: Top US diplomat acknowledges stable relations with Russia would be ‘good’ for world 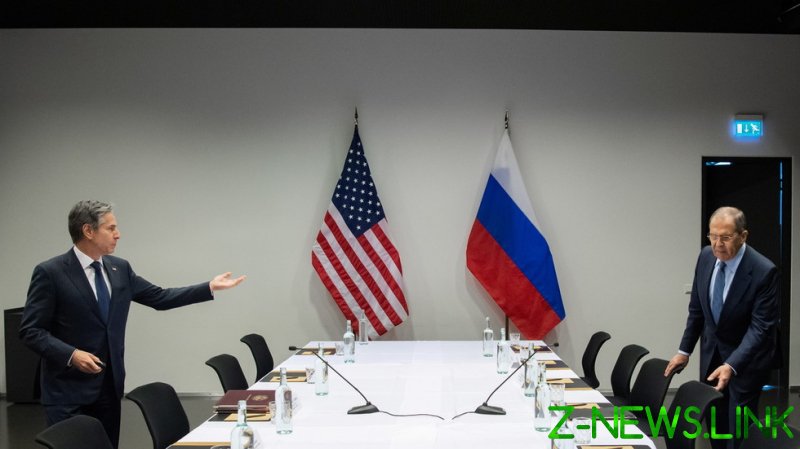 “A more stable, predictable relationship with them [Russia], I think, would be good for us [the US], good for them, and I’d even argue good for the world,” Blinken told CNN’s Fareed Zakaria GPS on Sunday following his recent talks with Russian Foreign Minister Sergey Lavrov.

The secretary of state lauded the talks with the Russian top diplomat as a “constructive, very business-like conversation,” adding that he made it clear that Washington “would prefer to have a more stable, predictable relationship with Russia.”

Blinken said that the two nations have many areas of “mutual interest” where they need to find ways to cooperate. He named the situation in Afghanistan, strategic stability, climate change and arms controls agreements among such topics.

“President [Joe] Biden has been very clear with President Putin” about the US desire to have a more stable relationship with Moscow, Blinken said, adding that he shares this attitude. Over recent years, however, relations between the two nations have fallen to lows unseen in decades. Such a development has already had an impact on international arms control.

Washington’s action forced Moscow to follow suit and leave these treaties as well. Earlier in May, Putin submitted a bill to Russia’s parliament to leave the Open Skies Treaty after the Russian Foreign Ministry said there was no sign of plans from the Biden administration to reverse Trump’s decision.

Virtually the only major arms control treaty the US and Russia managed to salvage is the New START agreement. The Biden administration signed off on its extension shortly before it was about to expire. Blinken said at the time that the move was “the first step” toward “restoring US leadership on arms control and nonproliferation.”

Trump’s administration previously repeatedly demanded revisions of the agreement despite Moscow’s calls to extend it to simply keep it in force. Signed in 2011, the New START limits the number of nuclear warheads, and their delivery vehicles, that the US and Russia are allowed to possess.

A desire for more stable relations expressed by Blinken does not automatically mean, however, that relations between Moscow and Washington would easily come out of the tailspin they got into over recent years.

The US secretary of state still accused Russia of “reckless and aggressive actions,” adding that Washington would not hesitate to respond to “defend” its “interests.” Biden “has been very resolute on this” he said, adding that “ultimately, it is up to Russia to decide whether it wants to have that more predictable, stable relationship.”

Following the talks with Blinken, Lavrov said earlier this week that Moscow is “ready to be friends with the West” but only if it is treated “with dignity.”