‘Verbal stumble’ or blatant lie? Biden says US had no vaccine when he took office as new admin criticizes Trump’s jab rollout 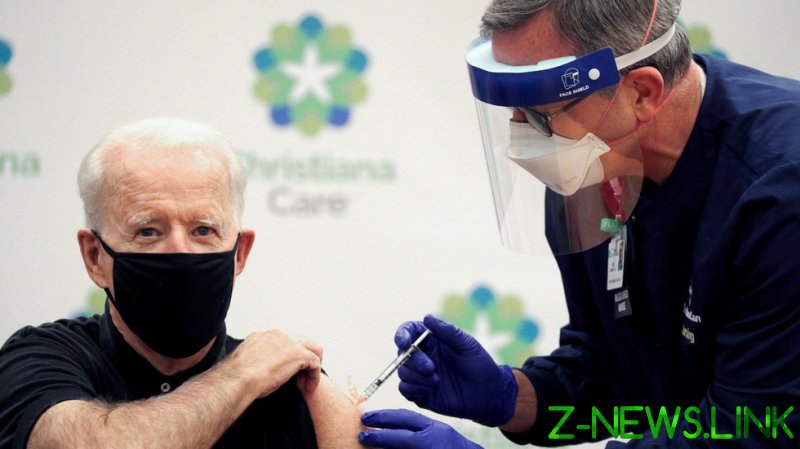 Speaking with CNN’s Anderson Cooper at a town hall event on Tuesday, the US president explained in a rather disjointed way that the United States lacked both vaccines and health workers capable of administering them when he moved into the White House last month.

“The biggest thing though…it’s one thing that the vaccine, which we didn’t have when we came into office, but a vaccinator. How do you get the vaccine into someone’s arm?” he said.

The only problem: Both the Moderna and the Pfizer/BioNTech vaccines were given emergency use authorization by the US Food and Drug Administration before Biden was sworn in on January 20. In fact, Biden himself received his first dose of the Pfizer vaccine on December 21. The procedure was even televised live in an effort to reassure Americans that the drug was safe. As CNN reported, when Biden received his second dose of the drug on January 11, some nine million Americans had already been vaccinated.

Biden’s assertion that no shots were on the market at the end of January was left uncorrected by Cooper, but social media pundits were far less forgiving.

Steve Guest, a GOP operative and advisor for Senator Ted Cruz (R-Texas), accused Biden of spouting a “massive lie.” Others wondered why CNN had not fact-checked the dubious claim.

One popular theory was that Biden is simply “senile” and forgot that he had been fully vaccinated by Inauguration Day. The 78-year-old Democrat has been mocked and ridiculed for sometimes appearing aloof or slurring his speech.

The president’s defenders insisted that the statement was nothing more than an innocent “verbal stumble,” noting that Biden had earlier referred to millions of vaccine doses being available to Americans and therefore was clearly not claiming that there were no shots available when he took office.

Biden isn’t the only member of his administration to suggest that outgoing President Donald Trump failed to deliver on vaccines. Vice President Kamala Harris claimed in a recent interview that the Trump administration left its successor no plan for rolling out a nationwide vaccine drive, despite a contradictory statement from Dr. Anthony Fauci.