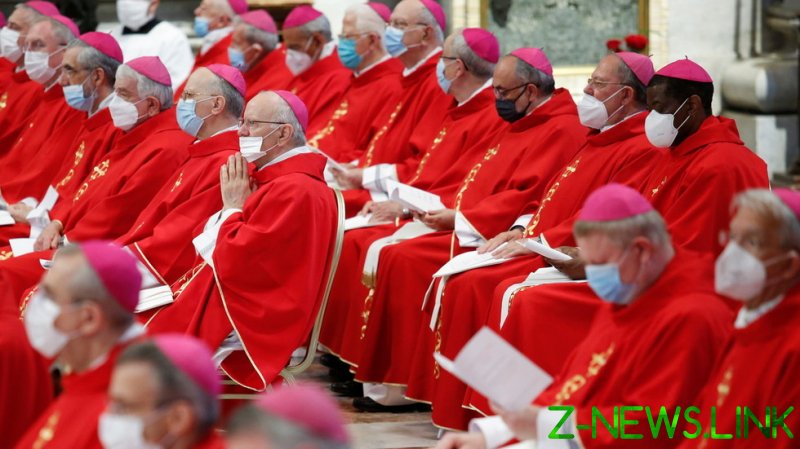 The Pontifical Council of Life (VPCL) and several international physicians’ groups spoke with reporters on Friday in what was described as an “all-out effort” to set straight the disinformation surrounding the vaccine’s place in religious doctrine, insisting the pharmaceutical mixture was not only safe and effective but also ethical under the Catholic faith.

While acknowledging that some reluctance to take the jab in “disadvantaged communities” was linked to previous “breaches of trust in medical research” and overall “suspicion” of pharma firms, Friday’s joint statement said a “more pernicious form” of vaccine hesitancy was fueled by “unfounded and misleading claims and myths” and amplified on social media.

“Considered one of the greatest achievements of modern medicine, vaccines play a vital role in the prevention of infectious diseases,” they said.

The groups noted the problem becomes even more complex given the vaccine skepticism within many religious groups, and even the medical community, calling for a united front against disinformation among spiritual leaders and healthcare professionals.

The groups also reiterated the Vatican’s message that all nations should have the same access to vaccines, arguing that rich and poor countries should be able to obtain the same level of care. Pointing to what they called “vaccine nationalism,” they condemned wealthier countries for snapping up as many doses as possible while leaving poorer countries “at a disadvantage” due to a lack of funds or insufficient production capacity.

However, some attending the virtual event complained that groups concerned with vaccine safety, including conservative and Catholic organizations, were not invited, noting that there were no skeptics among the speakers. The organizers shut down any such concerns, however, “strongly rejecting” any doubt in the vaccines’ safety, the Associated Press reported.

The head of international affairs for the German Medical Association, Dr. Ramin Parsa-Parsi, spoke disparagingly of skeptics, implying their concerns are at odds with the science.

“We are physicians. We represent physicians. And we are bound to science and to evidence-based medicine,” he said.

Those who oppose vaccination on religious grounds have cited the use of cells from fetuses aborted decades ago in the development of immunizations, including in those aimed to combat Covid-19. In February, the Archdiocese of New Orleans denounced the Johnson & Johnson jab as “morally compromised” due to its use of fetal cells. The US Conference of Catholic Bishops, meanwhile, gave a pass to shots produced by Pfizer and Moderna, deeming their link to abortion too tangential, but urged Catholics to avoid the AstraZeneca and Johnson & Johnson jabs if possible.

The Congregation for the Doctrine of the Faith – the oldest among the nine congregations of the Roman Curia – declared in December that, so long as no other option is available, it is morally acceptable to receive vaccines based on cells taken from aborted fetuses. And while the Pontifical Academy for Life has argued there is a “moral responsibility” to vaccinate, it did not go so far as to mandate the jab for all Catholics. That was left to Pope Francis, who denounced any apprehension about vaccines as “suicidal denial.”