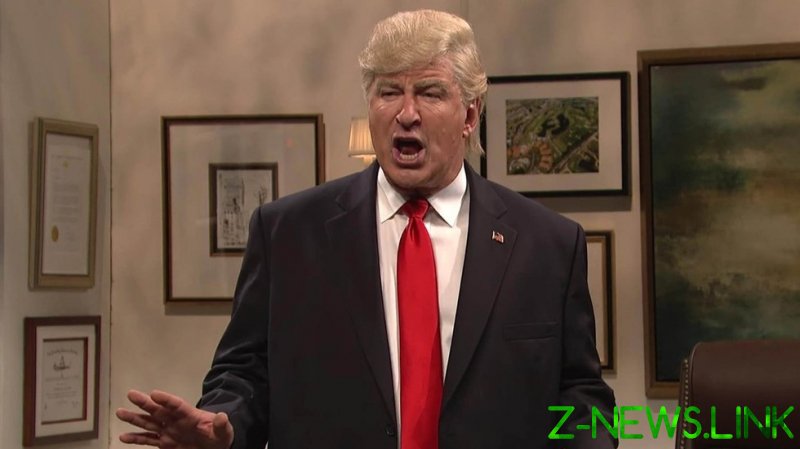 But one can’t blame the writers and cast, Vanity Fair claimed in an article on Sunday. They were simply “choking on the noxious fumes of the last presidency.” Vanity Fair described the laugh-free cold-opens of the Trump era as “a form of torture,” but blamed Trump and his “acts of amoral carnage and buffoonery,” rather than bad writing and uninspired acting, as othershave.

“The liberation of Saturday Night Live is real. Since the inauguration, the show has gotten stronger every week, as if the writers are recovering lung capacity after choking on the noxious fumes of the last presidency,” the article said. All that was missing was a description of Trump himself pumping poison into the studio, presumably while cackling as the liberals inside coughed and hacked.

To Vanity Fair, the new Saturday Night Live, which on Saturday featured impressions of Dr. Anthony Fauci, a defense of Joe Biden’s $1.9 trillion coronavirus relief act, and jibes at Republican ‘QAnon Congresswoman’ Marjorie Taylor Greene, was a welcome change, and the magazine didn’t hesitate to share the best moments with readers.

Check out the cast competing for a vaccine shot from Fauci (“We’re low on Moderna, but we do have the Kirkland signature vaccine from Costco,” the good doctor quips back)! Marvel as they examine whether “workout mirrors [are] in fact the work of the devil?” Laugh until your sides split as they poke fun at Netflix’ obsession with “murder shows!”

Vanity Fair is a liberal magazine, and perhaps SNL’s break from Trump content is doing wonders for its writers’ blood pressure. They’re probably in agreement with the mainstream media journalists eager for a chance to switch their brains off for the next four years and let Biden do his thing, after the stress of having to stoke scandal after scandal during Trump’s tenure.

If so, one can forgive them their elation and allow them to gush a little. They can kick back and watch some Trump-free content, comfortable in the knowledge that Biden is bombing Syria, but professionally, and lovingly.

But when the jokes start landing flat, and the “noxious” Donald Trump isn’t around to blame, they may not be as entertained.