Home / WORLD / Vaccine Nationalism: The virulent Covid-19 strain we really should be talking about

Vaccine Nationalism: The virulent Covid-19 strain we really should be talking about 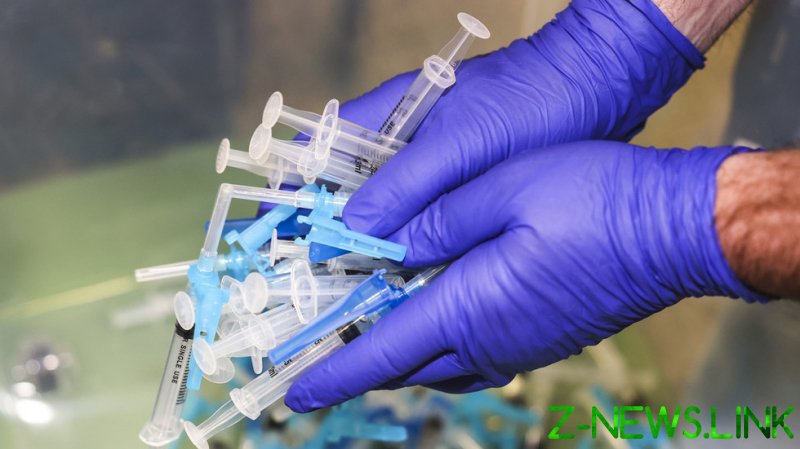 Timing, they say, is everything. No sooner had UN Secretary-General Antonio Guterres chastised the world’s wealthiest nations (without naming names) for failing the “greatest moral test of our times” by not ensuring equitable access to Covid-19 vaccines than President Joe Biden stepped to the podium and put his foot in it. In his first prime-time address since taking office, Biden promised the US “independence from the virus” by July 4. A nice enough punchline, as these things go. Only, delivered as it was on the first anniversary of the pandemic being declared, neither the joke nor the irony was lost on anyone.

Not the EU, where Washington has reportedly told the bloc not to expect shipments of any AstraZeneca vaccine manufactured stateside anytime soon. This latest caution, while in keeping with the ‘America First’ rhetoric that has been a hallmark of US vaccination strategy, further exposed the political fissures created by the advent of vaccine nationalism. Even before a number of promising vaccines had cleared clinical trials, the US, UK, the EU and Japan had shored up supply chains, a British Medical Journal report noted that America had reserved 800 million doses, with a billion further doses optioned in while Britain had secured 340 million shots of several different vaccines, albeit before they all passed the testing stage. That number theoretically works out to over five doses for each citizen. Both the US and the UK have since placed de facto bans on vaccine exports with contract clauses suspected of preventing pre-ordered vaccines from being rerouted to countries with greater need.

For its part, the EU is weathering charges of slow rollout rates both at home and elsewhere – figures of its shipments to low- and middle-income countries pale in comparison to what Russia, China and India are providing. And then came its recent support of Italy’s decision to halt a vaccine shipment to Australia. European Council President Charles Michel launched a counter-tirade this week, opining that “EU solidarity” had helped poorer countries get their first doses while taking aim at the “highly publicised vaccine propaganda” by China and Russia – even going so far as to lay claim to a dubious moral high ground in the competition against “regimes with less desirable values than ours”. Values, not vaccines after all, save lives.

Michel dug deeper still, contrasting the EU’s approach to those of two other sterling standard bearers of ‘values’, the US and UK – prompting return recriminations from Downing Street and the usual round of official-summoning. The episode punctuated months of diplomatic chafing as the realities of vaccine ‘supply and demand’, manufacturing setbacks, fragmented access pathways and the accompanying domestic troubles trumped geo-political niceties. These are pressure points that figure to hit harder still as countries across the globe, from Austria to Thailand, begin preparations to repurpose their existing pharmaceutical capacities to fill the gap.

Little wonder then that even the usually staid Guterres called out “vaccine hoarders” for engaging in unilateral “side deals” with Big Pharma, undermining efforts to categorize vaccines as “global public goods”. As late as October, the WHO was still trying to bell the cat by putting out homilies for ‘global solidarity’ in vaccine rollouts, stating that the only way out from under the pandemic was to ensure fair access to all. That such ‘calls’ have gone unanswered – despite a host of eminent academics and other ‘ambassadors’ joining the chorus – came as no surprise.

After all, similar situations have played out in the recent past. For instance, during the 2009 pandemic of H1N1 flu –a relatively milder disease with far lesser reach or impact – Australia, the first to develop a vaccine, blocked exports outright even as the wealthiest countries used pre-purchase agreements with pharma majors to lock in doses. The US alone bought the right to buy some 600,000 jabs. It was only when the pandemic started to recede that surplus vaccines were donated to poorer economies. With Covid-19 causing over 2.6 million deaths to date and showing little signs of abating, it hardly seems prudent to bank on an increasingly self-preservationist ‘First World’ for goodwill.

In an effort to bring about equitable access, the WHO, the Oslo-based Coalition for Epidemic Preparedness Innovations (CEPI), and the UN-backed Global Alliance for Vaccines and Immunisation (GAVI) had kickstarted the ‘Covax Facility’ initiative, aiming to procure at least two billion doses by end-2021 for deployment and distribution mainly in the low- and middle-income countries with large populations and poorer bargaining power at the back of the queue. Some 145 countries are expected to receive enough vaccines to immunise 3.3 percent of their populations by mid-2021. By the end of the year, COVAX aims to secure enough doses for at least the most vulnerable 20 percent in participating countries. Of concern, however, is the inclusion of wealthy self-financing countries that have been allowed to buy into the list as an insurance policy for their own vaccination programmes while bulk-ordering supplies – to the tune of 85 percent of all supply for 2021 by one estimate – at a premium that prices out donor-dependent initiatives.

At the onset, WHO director Tedros Ghebreyesus had been blunt about the prospects of first-come, first-serve approaches. “Vaccine nationalism will prolong the pandemic, not shorten it. The response to this pandemic has to be collective,” he had said last year. In the time since, those words seem prescient. Not least due to the threat posed by the emergence of new strains from non-vaccinated populations. Of particular worry is the risk of an ‘escape’ mutation that allows the virus to circumvent the immune response mechanisms triggered by the vaccines – turning them into, in effect, little more than fool’s gold. Naturally, pharmaceutical companies with vaccine approaches in the pipeline and billions at stake will claim to be able to tailor their vaccines to tackle these new variants.

Not coincidentally, over the past week, efforts at the World Trade Organization to temporarily suspend intellectual property protections for vaccines – so as to allow unique approaches to be duplicated by other companies for scalability – were blocked, with opponents, including the US Chamber of Commerce, arguing that vaccine development and distribution would be hampered. Other calls to waive and modify IP protections have fallen on deaf ears too, but then that’s another ailment common to the short-sighted.